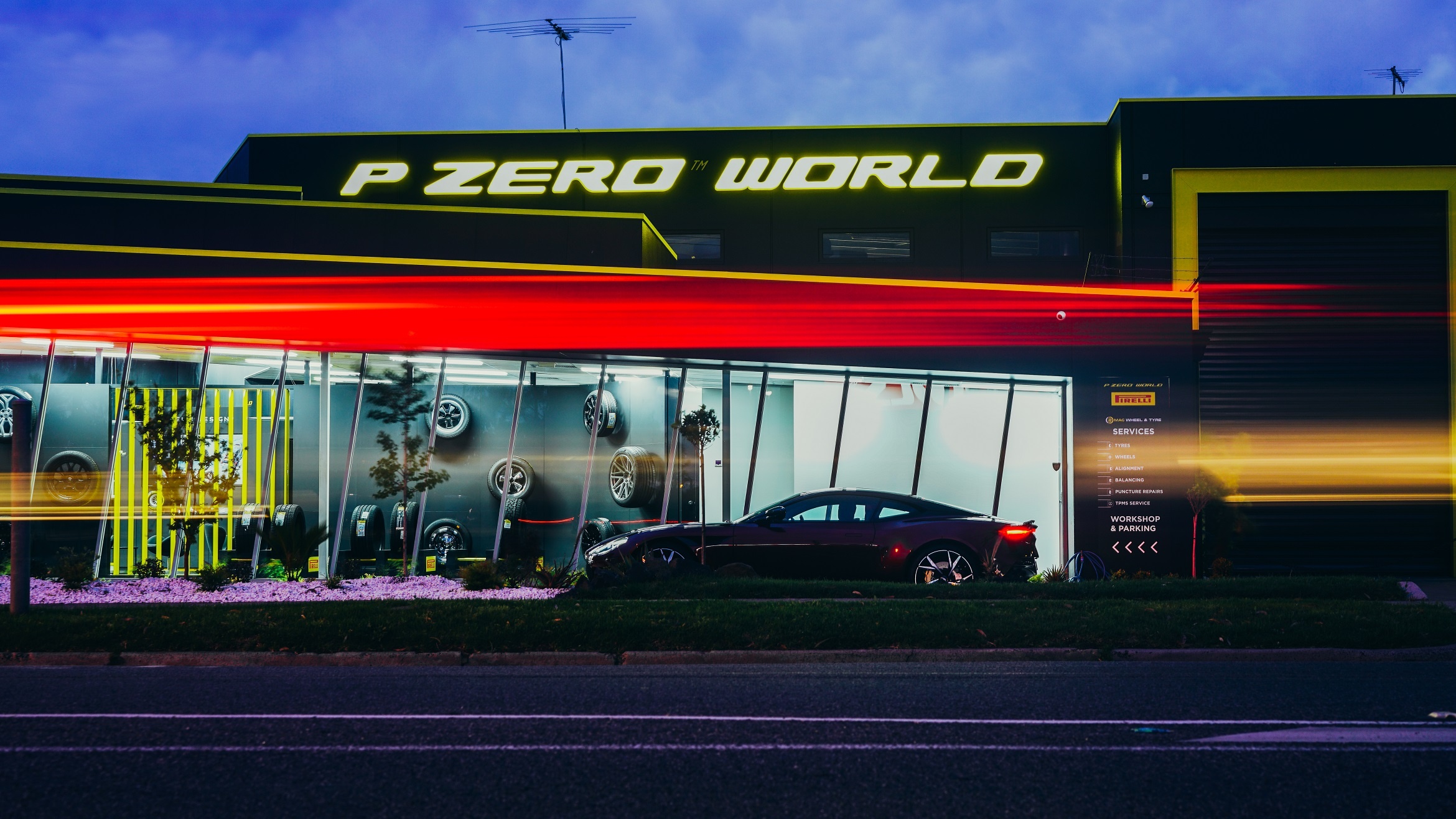 Pirelli has opened a P Zero World store in Melbourne. This is Pirelli’s fifth such store after opening four such stores in Los Angeles in 2016, in Munich in 2017, in Monaco in 2018, and in Dubai at the beginning of 2019 respectively. The P Zero World stores are positioned as a powerful symbol of the Pirelli brand and form a key part of the company’s retail strategy. The new store signifies the concept’s expansion to a new continent.

A BOUTIQUE FOR TIRES

The P Zero World stores are conceptualized as “boutique stores for tires” and essentially serve as facilities where customers get access to the most exclusive products from Pirelli as well as the brand’s bespoke services for owners of sports cars and luxury cars like tire storage facility. The global P Zero World stores are the only retail facilities that house the entire Pirelli range, like the P Zero Trofeo R, the most performance-focussed tire that has been homologated for road use and the Pirelli Collezione range of tires for classic cars. The stores stock not just tires but the entire range of Pirelli merchandise which includes Motorbike and Velo road bike tires and Pirelli Design accessories. These accessories have been developed in collaboration with some of the most premium brands like Montblanc, MV Agusta, Puma, Roger Dubuis and Tecnorib. Other exclusive services offered at these stores include car valeting and courtesy cars, availability of Pirelli’s track experts and technicians who can advise on the ideal set up for each car, whether the tires are for the road or the track.

The services and products offered at these stores are meant to meet the highest standards of automotive excellence. Pirelli is the market leader in the world of prestige cars and this is a sector where Pirelli accounts for more than half of the factory fitments. More than one out of every two supercars is equipped by Pirelli, and the company is also one of the leaders in the premium market, with Pirelli accounting for over 20 percent of all original equipment.

Pirelli established the Melbourne branch of P Zero World in collaboration with Mag Wheel Tyre, a family business that has a history going back several years with Pirelli and serves around 40 cars on a daily basis. The facility, which is located opposite the leading shopping mall in Melbourne covers more than 1200 square metres and has five service ramps. A large part of the tires sold in the store is in 18-inch size or bigger, in line with Pirelli’s high value strategy.

Pirelli opted to have a P Zero World store in Melbourne as it is the capital of the Australian state of Victoria, which has Australia’s highest number of vehicle registrations in the prestige sector. One of every three supercars sold in Australia is registered in Victoria. To date in 2019, over 5,000 new cars at the very top end of the market were registered in Australia, where over 50,000 prestige cars are on the road. The average growth in this market sector is 8 percent and is higher compared to a 6 percent growth in the premium market and 3 percent growth in general car sales across the country.
Melbourne also serves as the home of more than 36 percent of Italians in Australia, and Pirelli as an Italian is hoping to capitalize on this fact, with the Italian community in Victoria being the biggest in the country. The Preston district, where the new P Zero World store has been opened, is considered to have the best Italian food in all of Melbourne. The new P Zero World will be another symbol of Italy in the local area, and will cater to the needs of the best cars on the planet.

The opening ceremony of the new store was preceded by a parade of supercars which featured models from marques like Ferrari, Lamborghini, Aston Martin, Bentley, and Maserati driving along the roads of Albert Park, the venue for the Australian Grand Prix, which is held every year. Pirelli has been the exclusive supplier for Formula One races from 2011, and the company has over 110 years in competitive motorsport.
On top of that, with Lamborghini as a partner, Pirelli also organised a track day at Phillip Island on the same day. The high performance Aventador and Huracàn took to the circuit on P Zero tires, while the Urus demonstrated its capabilities on an off-road track, thus highlighting the quality and versatility of Pirelli’s tire range. Pirelli has in fact developed four different tires for the Urus, all sporting bespoke markings on the sidewall to show that Pirelli made them specifically for Lamborghini. There’s P Zero and P Zero Corsa for Urus drivers who want to use the vehicle for the road, while two different Scorpion tires – Winter and All Season (with a dedicated All Terrain variant) – meet the needs of those who also want to take their cars off-road.