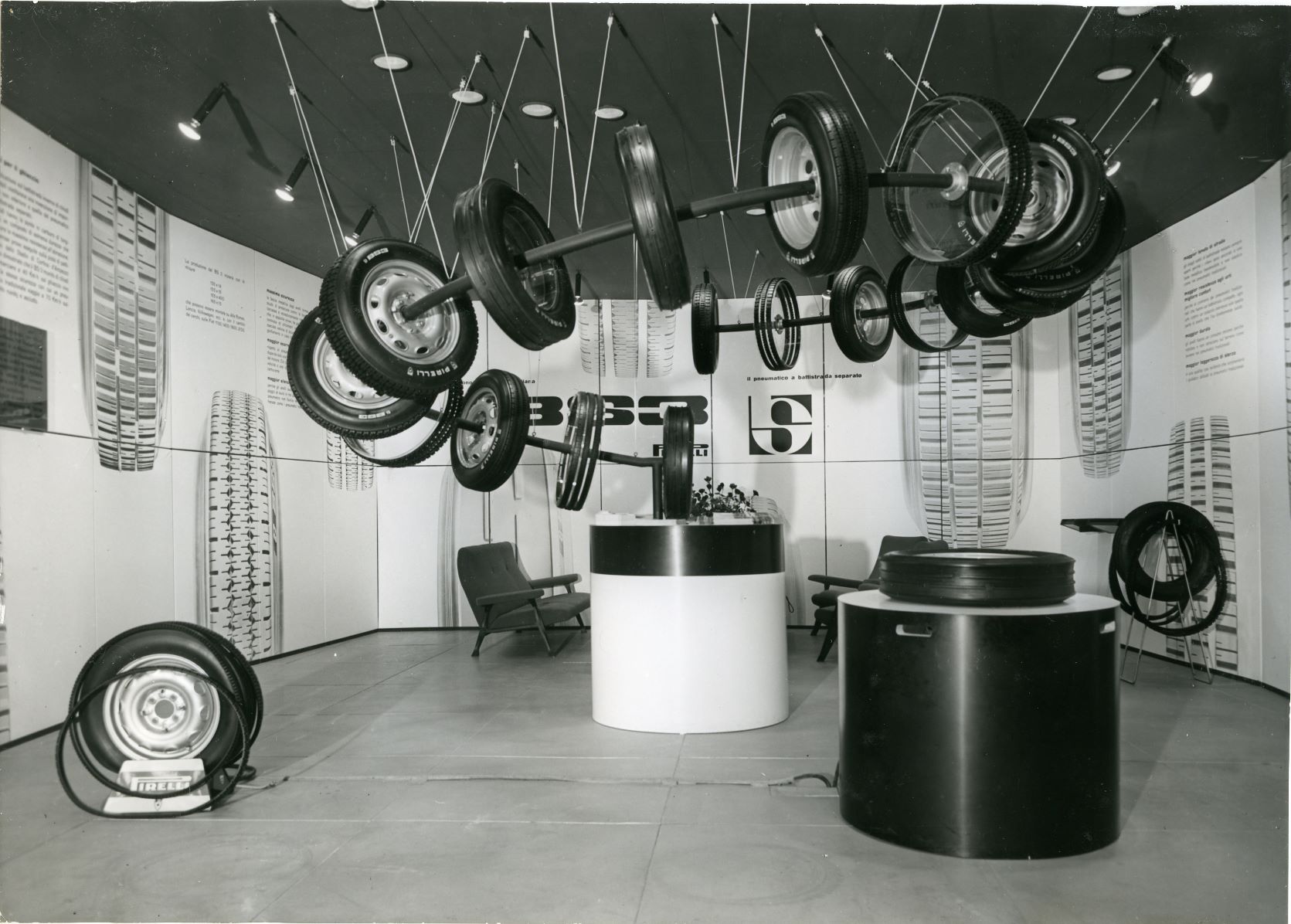 Pirelli is marking the 60th anniversary of the launch of the BS3. The incredible tire which transformed the face of winter driving was first revealed at the Turin Motor Show in October 1959. Autumn is generally the time when people start making preparations for the winter season and the winter of 1953 made life on the move a lot easier for motorists with the advent of the BS3.

The name BS3 was short for ‘battistrada separata’, which in Italian means ‘separate tread’, pointing to the difference between this new tire and conventional tires. While the tire like other tires comprised a carcass and tread pattern, these two individual components were not vulcanized (or ‘cooked’) together. This meant that the tread patterns could be easily switched without resorting to removing the wheel from the car, just like wearing and taking off a coat. Thus, the actual tire could be easily modified for use in winter and in summer, depending on the season. This tire was an innovative one that remained in production for a number of years, before the actual concept of winter tires took root.

A TOUCH OF ITALIAN GENIUS
A tire like this had never been seen in the industry before and hence it employed technology that was truly disruptive. The man who was named as the inventor of the technology on the Pirelli BS3 patent form was an engineer named Carlo Barassi. Barassi was the head of headed technology in Pirelli’s technical office and this department later came to be known as research and development. The tire was conceptualized a few years earlier and was the outcome of the creative mind of an engineer named Giuseppe Lugli, who at the time was the head of the physics laboratory in Pirelli’s tire department.

Lugli loved skiing and the mountains, and hence was very familiar with the challenges of driving on tough winter roads. At the time, the only way to negotiate tricky surfaces was to use snow chains, which are attached to the outside of the tire to increase their grip. But this was a very cumbersome process and had many disadvantages.

In the case of the BS3, the tread was mounted on three rings having the same diameter as the actual carcass of the tire. These three rings were then attached to the carcass and held in place by the air pressure from the tire. With change of season, all the motorist had to do was to take off the existing tread and replace it with one that was more appropriate for the weather conditions. The BS3’s story is tied closely to that of another iconic Pirelli tire, as the summer tread pattern for the BS3 was taken from that of the Cinturato.

FROM SERVICE STATIONS TO RALLY STAGES
The launch of the BS3 paved the way for another innovation. Pirelli finalized an agreement with Autogrill, Italy’s renowned network of service stations, as an outcome of which Autogrill set up dedicated workshops on the ‘Autostrada del Sole’ motorway which links north Italy to south. There, Pirelli technicians were available to swap BS3 tread patterns, and cater to any other tire-related needs of the motorists.

The effect of the BS3 was also felt in the world of motorsport. The BS3 was used on the 1961 Rallye Monte-Carlo with excellent results. While a total of 28 crews employed the tire for the rally, 23 of them reached the finish line without incident. Rallying later helped develop the very first dedicated winter tyre that Pirelli ever made: the MS35.

SIXTY YEARS OF WINTER TYRES
The story of the Pirelli BS3 shows how, even 60 years ago, Pirelli was remarkably aware of the need to use the right tires for every season. This need has now been ratified by the law in many countries, with strict requirements that winter tires have to be used during certain times of year.

The BS3 evolved into the BS, before the concept of a separate tyre and tread pattern became obsolete with the massive strides made in vehicle performance. Pirelli went on to focus on pure winter tyres and now has a specialized family of winter tyres that ranges from the Scorpion Winter for SUVs all the way to P Zero Winter for performance cars, as well as the Cinturato Winter for compact and medium cars.