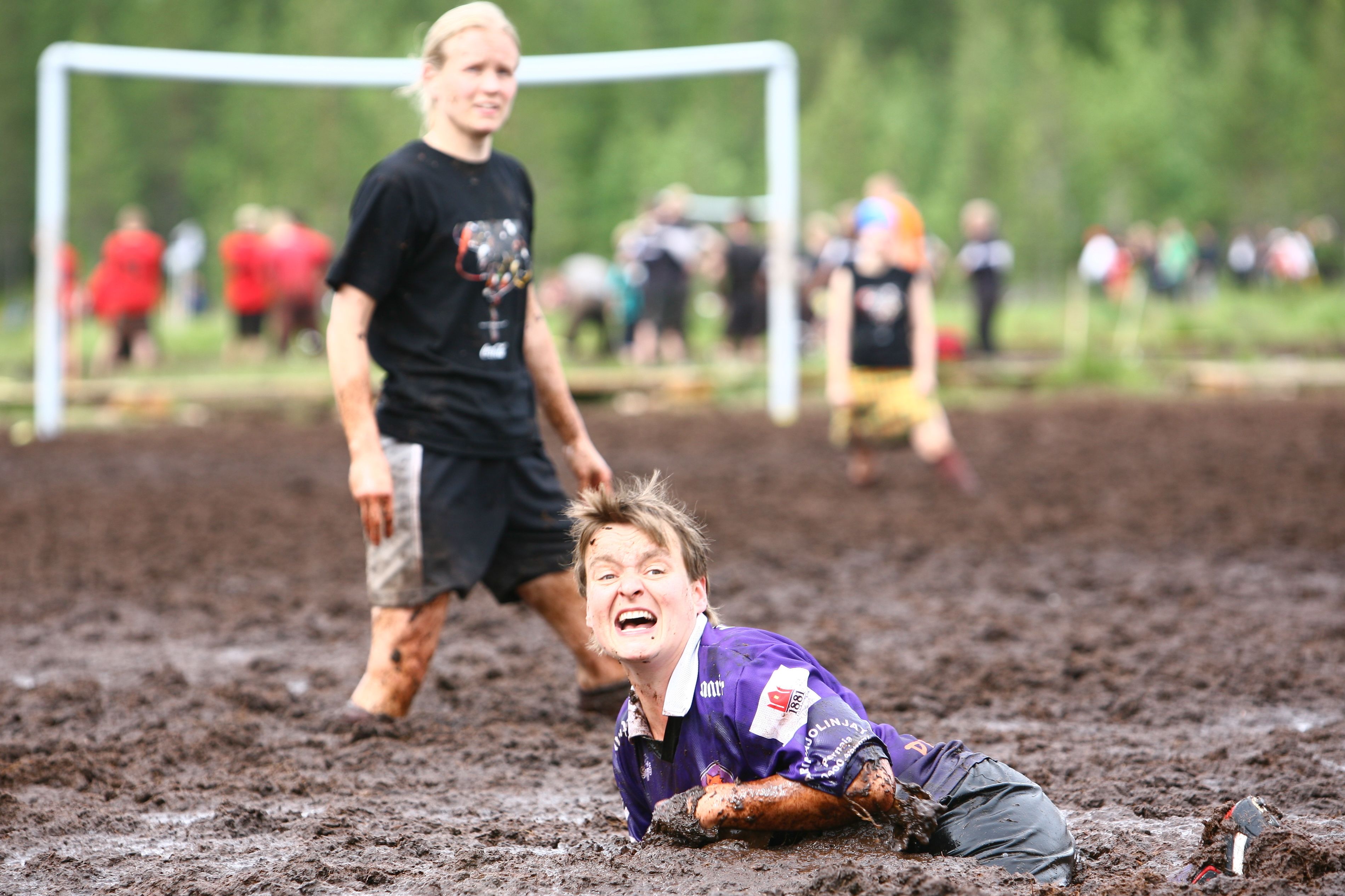 While the world was preoccupied with the antics of Messi and Neymar and under dogs Croatia raced to the finals of the FIFA World Cup in Russia, Nokian Tyres was preparing for an alternative soccer world cup. The company sponsored the Swamp Soccer World Championships which was held in Hyrynsalmi, Finland. Just like regular soccer, swamp football also calls for excellent physical condition and relentlessness, but the conditions under which the players scramble for the ball are vastly different. Unlike the sleek grass of the stadiums where regular football is played, in the case of swamp soccer, a mushy swamp serves as the ground.

During the Nokian Tyres Swamp Soccer World Championships, the teams will vie for the trophy on twenty 35 x 60 m pitches, and each pitch will have its own unique characteristics when it comes to how marshy the terrain is. Every team will have one goalkeeper and five players who will try to keep the ball under their control during two 10-minute halves. Each team played 4 to 6 matches over the weekend, and the entire series involved nearly 1,000 matches.

It is no mean feat to move thigh deep in the swamp and falling down is a regular occurrence. Only those who can tolerate the extreme conditions can emerge as winners. What is most important is the will to win, great team spirit and, of course, , a sense of humour. But how would a player of regular football fare in the swamp?

Kimmo Kyhälä, the organiser of Nokian Tyres Swamp Soccer World Championships and Managing Director of Ski Resort Ukkohalla in Hyrynsalmi said that while a slim body and long legs offer distinct advantages in swamp soccer, the best players are like a moose in the swamp: springy with thin legs.
International participants flock to the swamp.

The Swamp Soccer World Championships were held at the legendary Vuorisuo bog in Finland on 13 and 14 July 2018 and drew attention from a number of overseas teams. 165 teams signed up for this year’s World Championships and the event has grown slightly larger from last year. There were many teams drawn from swamp soccer enthusiasts in Russia, Sweden and Germany. The international teams featured players representing more than ten different nationalities.

The first National Swamp Soccer Championships were held in Hyrynsalmi, Finland in 1998. In 1999, the event was renamed as the European Championships, and from 2000, it has been a World Championship event.

Though the event is highly competitive, it is held against the backdrop of a relaxed and fun atmosphere. Nokian Tyres has been the main partner and title sponsor of the event for more than a decade. The company has a strong connection with the sport as extreme conditions, the will to win, and dedication to the cause are characteristics of both Nokian Tyres and swamp soccer enthusiasts.