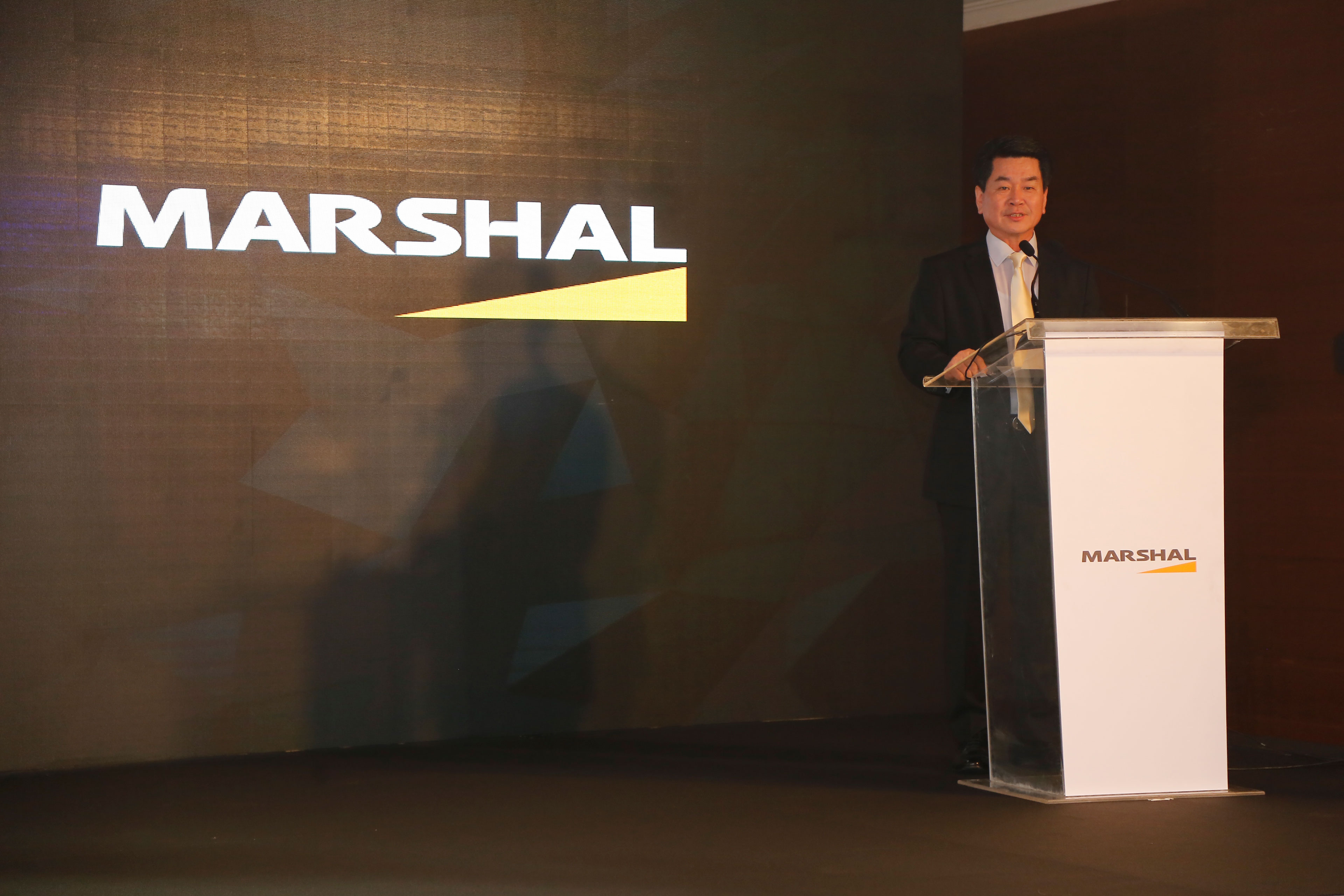 Over 70 distributors from different countries across the world including United Kingdom, UAE, Russia, Angola, Syria, Kuwait, Saudi Arabia, Lebanon, Turkey, Cyprus, Syria, Ghana, Italy and Madagascar attended the two day event. This was the first such gathering of distributors of Marshal Tire to be held in Dubai, which is the hub of the automotive trade in the Middle East and Africa region.

Speaking at the event, Han Seob Lee, CEO of Kumho expressed his gratitude to the company’s partners for their support over the long years. He went on to add that Marshal is Kumho’s longest established brand and said that the company has come up with a new road map to drive the growth of the popular brand. He was also on stage to launch the two latest tires from the company, the MU12 and the MH 12 tires. These two innovative patterns are meant to spearhead the brand’s expansion on the global scene.

The MU12 tire is positioned as an ultra high performance tire that offers superior braking and handling when compared to its predecessor, the MU11 tire. It comes with an asymmetric tread and is made from a superior rubber compound, high styrene SBR, which has higher stiffness to make the tire stronger and improve its wear and wet braking performance. It has four wide channels for better hydroplaning and stylistically it has a sharp serration deco on the sidewall to enhance its appeal to customers and to differentiate the tire from those of other brands.

The MH12 tire is a high performance tire and is the successor to the MH11 tire. Compared to its predecessor, the tire offers users better dry braking and wet braking performance. This tire has a symmetric tread, has a solid rib in the center and a waffle type dimple in the middle block for style. The M initial in the sidewall reinforces the brand identity. High dispersion silica has been used instead of conventional silica to enhance fuel efficiency and wet braking performance.

Alireza Moaref, Managing Director of Varga Trading Co. LLC, the exclusive distributor for Marshal Tire in the UAE was invited to speak at the event on behalf of all the distributors who attended the event. He praised Mr. Lee’s exemplary leadership and emphasized the importance of communication as well listening to partners, two qualities Mr. Lee has demonstrated in ample measure. He went on to say that he highly appreciated the support that the factory has extended to Marshal distributors in such a short time by adding 7 new patterns in 2016 and increasing marketing and logistical support.

He said, “Marshal distributors are some of the oldest partners Kumho has, as some of them have been selling Marshal tires for over 3 decades. I would like to thank Mr. Lee and his team of top officials from Kumho for attending and organizing this amazing event, which will no doubt send a clear message to the world that Marshal is back!  Events like these play a crucial role in boosting the morale of distributors and will motivate us to continue to strive to reclaim Marshal’s rightful position as one the leading tire brands in the world.”

The distributors who attended the Marshal tire conference really enjoyed their stay in Dubai as in addition to the official product launch event they were taken on a tour to see the chief attractions in the city including the famous Burj Khalifa. They also experienced a dhow cruise and participated in a thrilling desert safari which made their stay in Dubai a truly memorable experience.