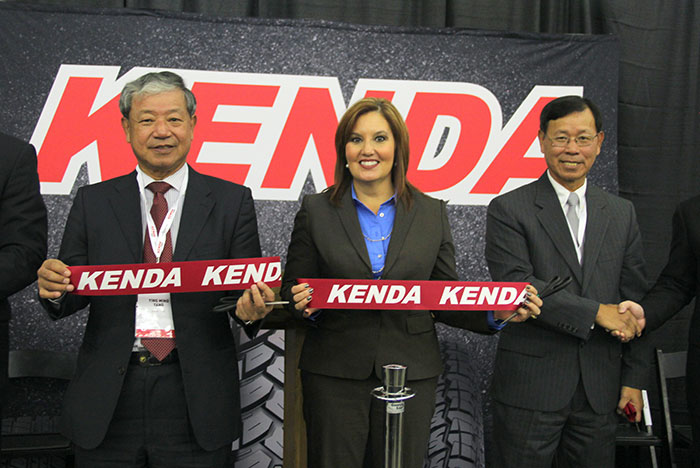 The new technical center covers a vast area of 50,000 sq. ft., consisting of laboratories, engineering offices, and space to accommodate equipment for development and testing of tires. The research facility will serve as the base for development of future products targeting customers from both the OE sector and the replacement market. Currently, the center has a staff of 20 engineers working under the supervision of Tom Williams, Vice President of Engineering, and this team is set to expand to 40 engineers shortly. On a global basis, this is Kenda’s third research center and the team there will work in tandem with the company’s research teams Kunshan, China and Yuanlin, Taiwan.

Kenda opted to locate the center in Green as the company has a long association with the region. The company has been using Ohio as its US base from 190 and has a strong relationship with both the state and regional governments.

The center will play a crucial role in Kenda’s aggressive to increase its OEM portfolio. Currently, Kenda has bagged OEM contracts to supply spare tires to a few major automotive manufacturers in North America, and is paving the path for further expansion.

Speaking about the new center, Jimmy Yang, Vice Chairman of Kenda and President of Kenda America said that it will equip Kenda with the resources to move up from its ranking as 28th in the global tire manufacturing by developing new products and strengthening the company’s technical expertise. The Akron area has a longstanding history of being a hub for world class research in polymers and tire design and is one of the hubs of tire production in North America. The ultimate aim is to have the team at the Center design and develop all the tires Kenda offers for sale in the North American market so that the products are well suited for local needs.

The formal opening ceremony of the North American Technical Center was attended by over 125 special invitees and was followed by a short ceremony in which a tree was planted in honor of the center.