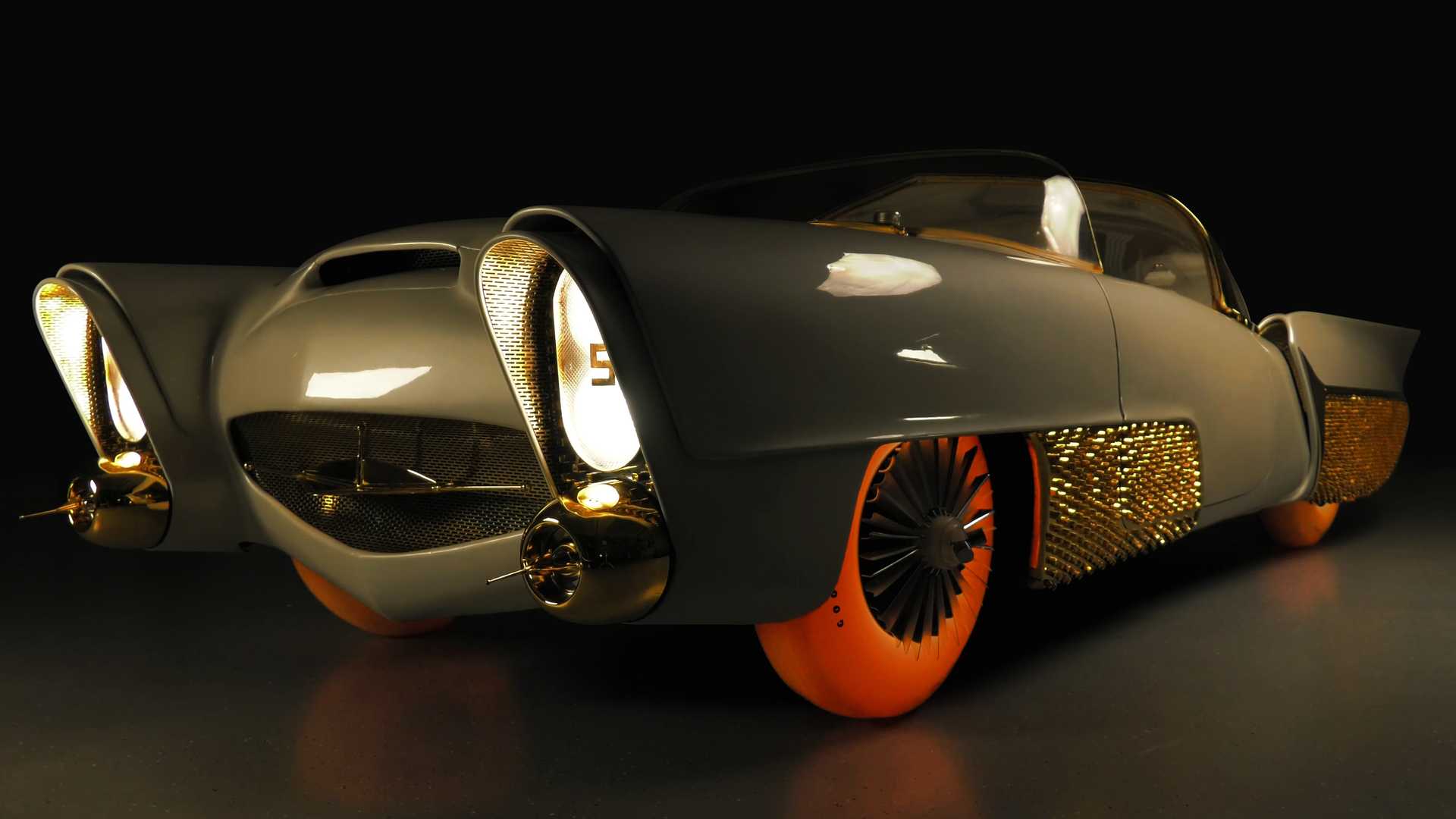 Leading tire manufacturer Goodyear used the 2019 edition of the Geneva Motor Show as a platform to showcase both a retro look and its futuristic approach to the new age of mobility.

From the retro perspective, Goodyear took great pains to restore a Golden Sahara II, a custom car that made waves in the late 1950s. This restored Golden Saharan II came with a number of sensor-based autonomous driving features and highlighted Goodyear’s technical expertise as it was fitted with a set of translucent Goodyear tires that were illuminated from the inside.

The Golden Sahara II was derived from a 1953 Lincoln Capri and developed by Jim Street and renowned custom car designer George Barris. Goodyear used the car as a platform for testing advanced electronics systems, which included a control lever for acceleration, braking and steering like one seen in aircraft and an automatic braking system that incorporated sensors to detect any potential objects which might be in the car’s path.

Goodyear developed the rotational-molded tires fitted on the car using Neothane, which is a translucent form of synthetic rubber, and this material contained internal lighting, which allowed them to glow.

The Golden Sahara II turned up last year and was immediately acquired by collector Larry Klairmont. His firm, Klairmont Kollections then restored the vehicle to its original condition.

When it came to the futuristic side, Goodyear used the show to present a theoretical non-pneumatic integrated tire/wheel concept. This tire could double as a propeller to make it possible for a lightweight autonomous vehicle to fly, even as it moved on the road.

Called the Goodyear Aero concept, this new concept tire, according to Chris Helsel, chief technology officer, aligns well with concepts presented by other mobility companies who see the “sky” as the next frontier when it comes to tackling the challenges of increasing traffic in an urban setting.

Aother new product Goodyear presented at the show was a non-pneumatic tire/wheel structure called “DuraWeb” which Goodyear plans to use on the Olli eight-passenger autonomous shuttle vehicles. These vehicles can run at speeds up to 25 mph and have a range of up to 40 miles, based on the load that they are carrying.

The Olli is the outcome of Goodyear’s collaboration with Local Motors Inc., which is a “ground mobility” company based in Arizona. Goodyear had recently signed an exclusive deal with Local Motors Inc to supply the Olli shuttles with pneumatic tires. One benefit of the deal is that Goodyear would be able to collect data regarding the operational and maintenance needs of tires which are fitted on driverless vehicles.

The DuraWeb structure presented at the 2019 Geneva Motor Show was an improved version of the DuraWeb industrial tire/wheel unit that Goodyear had debuted in 2017. The tire then was displayed on a Bad Boys Mowers Inc. zero-turn mower.
The DuraWeb was developed at Goodyear’s Akron Innovation Center and the company described it as having a thermoplastic connecting structure that provides both stiffness and flexibility so that it can be used to carry heavy loads and maintain a smooth ride while protecting turf.