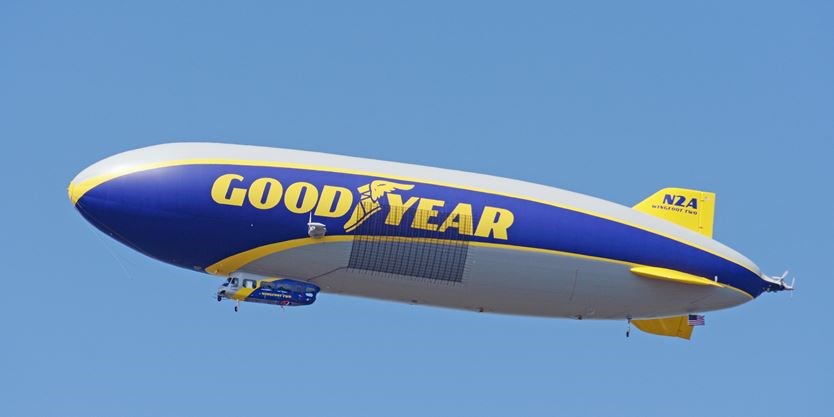 The iconic Goodyear Blimp returned to Canada to provide extensive coverage of the milestone Canada Day celebrations on July 1. On July 1, Canada celebrated its 150th birthday. The blimp provided live aerial coverage of Ottawa’s festivities and fireworks, and also offered breathtaking views of the city below.

The Goodyear Blimp had previously visited Canada twice in 2016. The Spirit of Innovation blimp which is not being used any more went from California to Abbotsford in British Columbia in July and the Wingfoot Two, which is Goodyear’s newest and largest airship, spent two weeks in the Toronto area in September 2016 to provide aerial coverage of the World Cup of Hockey.

Commenting on the Goodyear blimp’s coverage of the Canada Day celebrations, Paul Fitzhenry, Goodyear’s senior vice president and chief communications officer said that the Goodyear blimps have a long tradition of being part of some of the most important entertainment and sporting events including Olympic Games, World Series and Super Bowls.

He added, “Canada 150 marks an important milestone in the country’s history and we are honored to be part of the celebration, working with our Canadian broadcast partners to deliver captivating aerial coverage to Canadians from coast to coast to coast.”

Michael Crockatt, president and CEO of Ottawa Tourism said that having the iconic Goodyear Blimp fly above Canada’s capital city, Ottawa during the celebration of the country’s birthday added another notable moment to the year-long celebrations as the views from the blimp were truly spectacular.

Those who spotted Wingfoot Two as it flew over Ottawa on July 1 were encouraged to share photos on social media using the hashtag #TrueNorthBlimp. As part of the visit, the airship flew customers and media, as well as the two lucky winners of Goodyear’s recent blimp ride sweepstakes.

After participating in the Canada Day celebrations, the blimp returned to its base in Akron, Ohio. Wingfoot Two is one of the largest and most technologically advanced airships in the world. Nearly the length of a football field and capable of flying more than 110 km/h, the airship highlights Goodyear’s legacy as the world’s leading builder and operator of airships and is an excellent marketing tool for the tire manufacturer.