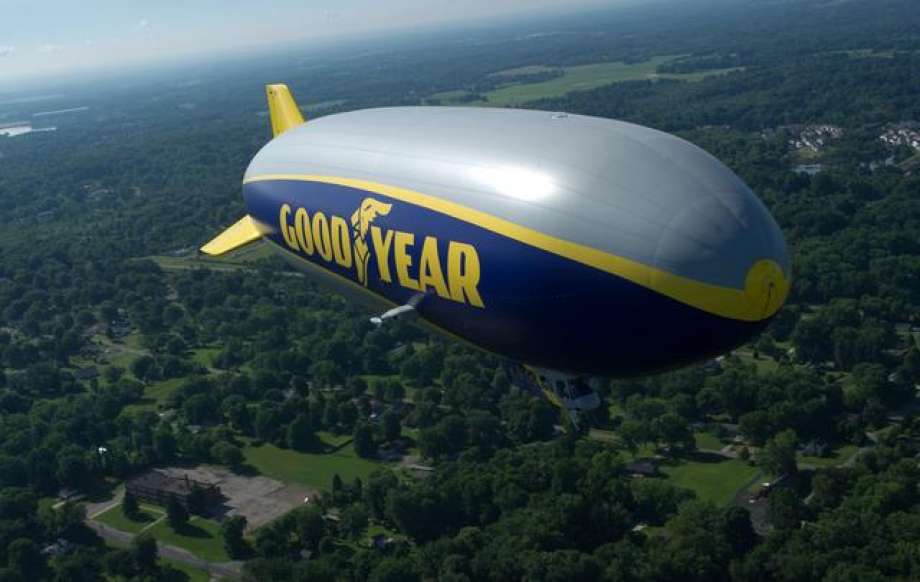 Goodyear used the game between Clemson and Alabama teams in the College Football Playoff National Championship as the venue to debut its newest airship, Wingfoot One. The event was witnessed by thousands of football fans, and the navy blue, gold and silver colors of Goodyear’s Wingfoot One blimp proved to be an arresting sight against the clear blue Florida skies.

Technically speaking, Wingfoot One is not a blimp, according to the ship’s assistant chief pilot, Adam Vasaran. The Wingfoot One and its sister ship Wingfoot Two will still be powered by helium but will have a structure inside the big balloon area and can be classified as a semi-rigid airship, like the Zeppelins of the First World War era.
Goodyear may still call them “blimps,” but will refer to them more often as “NT’s,” in light of their model number, which is Zeppelin NT. The abbreviation NT stands for new technology, or the new innovations which have been incorporated in Wingfoot One.

According to Vasaran, the thrust vectoring force will allow the airship to hover like a helicopter, and even take off and land vertically. Wingfoot One is also a lot more efficient, quicker and quieter than its predecessors. It will definitely serve as an outstanding camera platform for big college games. The giant panaroma windows in the cabin are another distinctive feature.

The Goodyear blimps have been used for carrying TV cameras which provide aerial views of big sporting events right from the time of the 1955 Rose Bowl. Each blimp needs an extensive support comprising 18 to 22 people including five pilots, several mechanics, and technicians that do all the TV work. Even when the ship in not in the air, there is someone with the ship 24 hours a day.

From 1928, Goodyear had established a tradition of naming blimps after winners of the America’s Cup yacht race as the then-CEO Paul Litchfield considered the airships to be yachts in the sky.