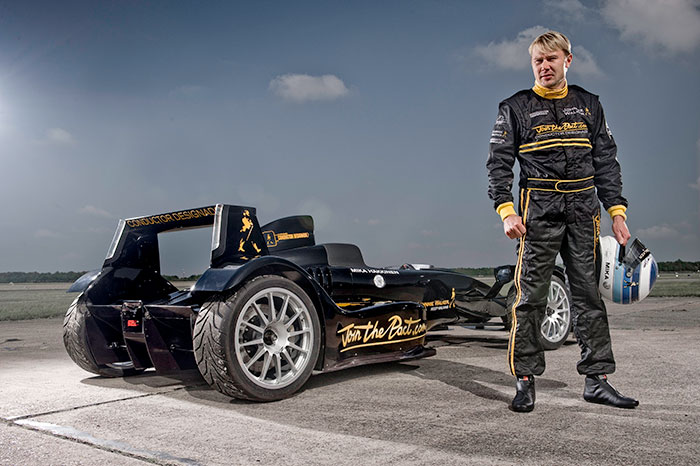 Mika Häkkinen is a familiar name for those who follow the fortunes of stars in the world of Formula One racing. He won 20 grand prix races in 11 Formula 1 seasons and also raced three seasons in the German Touring Car Championship, winning three races after he retired from F1 in 2001. A two-time Formula 1 World Champion who drove for the McLaren team and native of Finland, he will soon become familiar to those involved with the tire industry as the new face of the Finnish tire manufacturer, Nokian Tyres P.L.C. He will be involved in promoting safe driving and other Nokian corporate projects in the coming years.

Commenting on Mika’s new role, Nokian Tyres President and CEO Ari Lehtoranta said that Mika is an iconic Finn who has led by example when it comes to succeeding and reaching the very top with his performance in the world of Formula 1. Mika serves as a perfect example of what the will to win and an uncompromising desire to reach ever better results can achieve. This is the kind of drive that is valued highly at Nokian Tyres.

Commenting on the new multi-year partnership, Häkkinen said his idea of being Finnish is all about having determination and guts, what the Finnish term as ‘sisu’ — the determination to never give up. He added that in order to stay on top and to become a winner, it is necessary to constantly learn and develop new things. The same philosophy is applied at Nokian Tyres with innovations and ongoing product development guaranteeing that the company will continue to be a frontrunner and technology leader when it comes to tire safety.

He concluded, “For me, it’s paramount that I can trust my tires and their performance also under extreme conditions. Nokian Tyres are ‘Northproof’ — developed and tested under northern extreme conditions and I know I can count on them no matter what situation.”