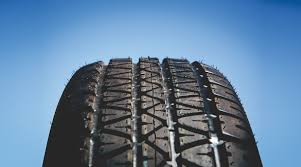 Leading producer of rubber reinforcements, Evonik Industries A.G. announced that it has developed a silica/silane technology that can be used in natural rubber compounds to reduce the rolling resistance in medium truck and bus tires.

Evonik said that it conducted tests which proved that the use of its proprietary silica/silane technology could help improve fuel economy by as much as 8 percent when compared to traditional carbon-black reinforced NR compounds. Its use also helped reduce braking distances, thus making it safer to drive on on wet or snow-covered roads.

Evonik said that it is well known that silica can help reduce the rolling resistance in passenger tires when it is used in combination with synthetic rubber. The company says that its Ultrasil 91000 GR precipitated silica reinforcing filler is ideal for use in truck and bus tires.

Commenting on the new technology Jens Kiesewetter, Evonik’s head of technical service for rubber silica, said that when silica/silane technology is used in green tires for buses and trucks with high fuel consumption levels, it can make a significant contribution to climate protection, especially in light of the recent EU agreement on targets for CO2 reduction for trucks.

Though it has a high specific-surface area, Evonik’s Ultrasil 9100 GR is incorporated into and dispersed in the natural rubber compound relatively easily. The outcome of the process is a compound that offers improved abrasion resistance, and this in turn leads to higher mileage performance.

This is especially important because truck and bus tires cover long distances and tackle a wide range of terrain and this subjects the tires to particularly heavy loads. Silica-reinforced compounds also improve driving safety through shorter braking distances, even on wet road surfaces.

Bernhard Schäfer, head of rubber silica, said that based on feedback from the market, the demand for green tires continues to be very high, due to the many advantages that they offer.

“Their use in buses and trucks particularly is still quite new and is attracting great interest.”

Evonik also announced that it is well on track to expand tire silica capacity at a plant in Adapazari, Turkey, including adding capacity for the Ultrasil 9100 GR precipitated silica reinforcing filler and Ultrasil 5000 GR, for optimizing wet and winter properties of tires.

The expansion project was launched in response to “growing demand for innovative silica” and will primarily cater to the needs of customers in southeastern Europe and the Middle East. Designed to increase capacity by 40,000 metric tons per year, the project is expected to be completed in late 2019.