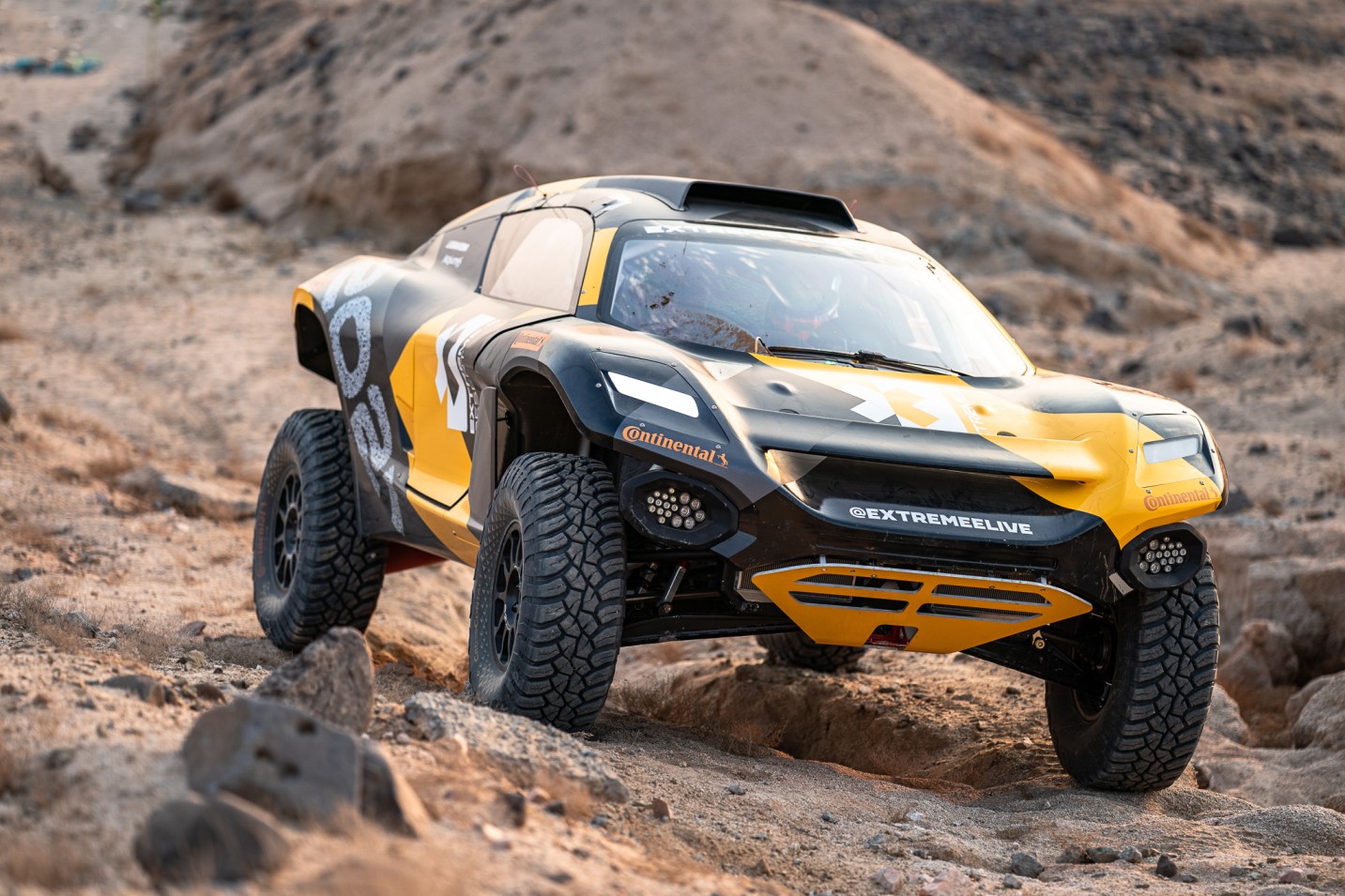 Continental has developed special tires for the new “Extreme E” racing series, anew off-road racing series that will be launched in January 2021. The series is billed as an event that will usher electric SUVs into the world of professional motorsports through races held in the remotest corners of the earth. One such spot is Al-‘Ula in Saudi Arabia. Continental is a founding partner and will serve as the exclusive tire supplier for the series.

Continental’s collaboration with the series became official more than a year ago and participants have over nine months to plan how they would tackle the extreme challenges posed by the first event.

Sandra Roslan, who is responsible for the Extreme E project at Continental said that every participant in the series realized thaht they would be part of a completely new and unique project when the event calendar was officially presented as they would have to tackle extraordinary challenges. The schedule would be very tight and it would be almost impoosible to make up for any unforeseen delays.

The series would begin on January 22, 2021 with the starting signal for the so-called Ocean stage, which would be a race between a UNESCO World Heritage Site and the Atlantic Ocean. There will be a series of races which will be held on the banks of Lac Rose, near Dakar, the capital of Senegal. The organizers are hoping that this series of races will make motorsport an ambassador for climate protection. The Extreme E racing series is being held with the goal of promoting awareness of climate change among motorsport fans globally, as well as other groups like politicians, residents and local authorities at the venues. This is done by choosing troutes that are close to threatened habitats so that the target audience would step up their efforts to limit global warming to 1.5 degrees Celsius.

“From then on, things really take off,” said Roslan. “In March 2021, we´ll start in the desert of Saudi Arabia, in May in the Himalayan mountains. Not only must the tires function on a completely new vehicle, but also on extreme courses in vastly different climatic environments.”

In view of the fact the development of a new tire for conventional cars takes at least three to four years, the tire developers at Continental have to overcome several challenges to develop tires for this series. According to Roslan, the ODYSSEY 21 is vehicle which is similar to commercial SUVs in dimensions and weight, but with its electrical equivalent of 550 HP has three times the torque of the Formula E Gen 2 vehicle.

Continental has been conducting intensive tests from October last year with the tests involving experts like Swedish motorsport athlete, Mikaela Åhlin-Kottulinsky. She has successfully competed in the Scandinavian Touring Car Championship, and is the only woman so far to have won races in this series. The test vehicles are equipped with a custom-made model based on the successful Continental CrossContact series model.

From now till the first race is underway, Contienntal will work on customizing the tire profile to tackle extreme challenges. Drivers will get a chance to view tire related data such as air pressure and temperature on a screen in the cockpit during the races with the aid of ContiPressureCheck technology. The vehicles will be handed over to all teams in August.

Extreme E is organised in cooperation with Formula E. From 2021 onwards, Continental will serve as a premium sponsor of the Extreme E racing series. The company will deal with equipping all the race vehicles with tires for the different and very demanding situations. The organiser, Formula E Holdings Ltd., expects at least ten teams to participate in the first year. The following dates are planned:

Ocean Stage: from January 23 to 24 at Lac Rose, Dakar, Senegal
Desert Stage: from March 6 to 7 in Sharaan, Al-‘Ula, Saudi Arabia
Glacier Stage: from May 14 to 15 in the Kali Gandaki Valley, Mustang District, Nepal
Arctic Stage: from August 28 to 29 in Kangerlussuaq, Greenland
Rainforest Stage: from October 30 to 31 in Santarém, Pará, Brazil