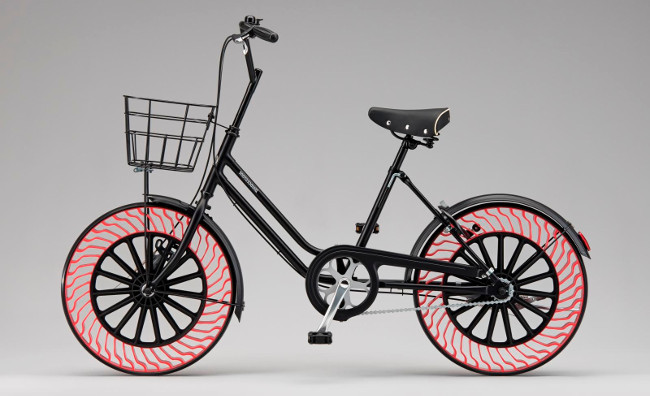 Bridgestone, one of the top tire manufacturers in the world has announced that the company will be commercially producing its first “air free” tires by 2019. The tires are not for cars or trucks, though. The company will be commercializing its air free concept tire, which was first showcased at the Tokyo Motor Show in 2013, for bicycles. The non-pneumatic bicycle tires were developed jointly in association with Bridgestone Cycle Co., Ltd.

The company is billing the tires developed as part of the “Air Free Project” as “next-generation bicycle tires”. Bridgestone will be performing feasibility studies to assess their sales potential prior to launching the tires.

The premise of the Air Free Concept is that there is no need for tires to be inflated with air. The weight of the tire is supported through a unique structure of spokes. These spokes stretch along the inner sides of the tire. The resins that are used for making the spokes and the rubbers also involve a more sustainable use of natural resources.

According to Bridgestone, the highly flexible nature of the resin that is sued for the tires facilitates the development of “next-generation bicycles” which are different from those that have been seen so far.

Eventually, Bridgestone is planning to adapt its Air Free Concept technology for other types of tires, though it has not revealed any specific timeline as to when these tires would be developed or commercialized.