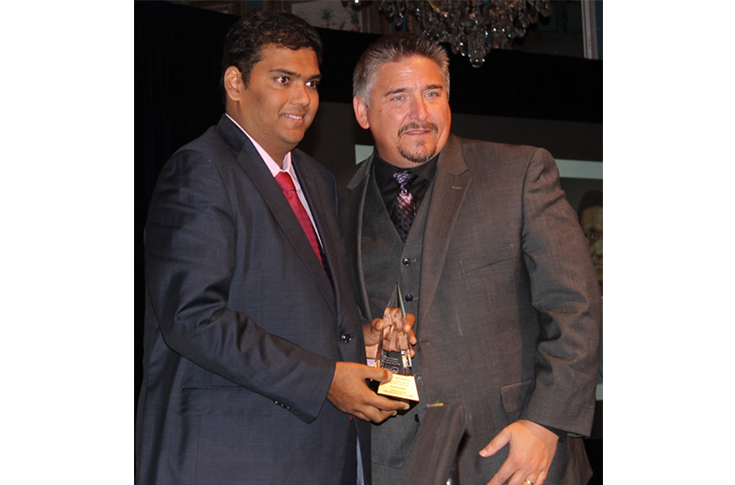 BKT CMD Inducted in the 2018 Tire Industry Hall of Fame

Balkrishna Industries (BKT), which is one of the leading manufacturers of offroad tires in India has announced that its chairman and MD, Arvind Poddar has been inducted in the 2018 Tyre Industry Hall of Fame. The Hall of Fame is instituted by the Tire Industry Association (TIA) and Poddar has been inducted into the Hall of Fame on the basis of the significant impact he has made within the tire industry. He received the honor at an award ceremony which was held at the Paris Las Vegas Hotel in the US on held on October 29.

Commenting on the award, Arvind Poddar said that he was delighted to get this honor from the renowned Tire Industry Association. He said that the accolade was not only a recognition of his life-long contribution to the tire industry but was also an acknowledgement of the impressive work that BKT has done over the last few decades. He said that he would continue to support the global tire industry in the future through BKT’s drive to manufacture products that are technologically and qualitatively superior.

The Tire Industry Association (TIA) is an international non-profit association which represents all the segments of the tire industry and has over 9000 members drawn from all states of the United States and from overseas markets. The organization’s mission is to promote tire safety through training and education, to act as the principal advocate in government affairs, and to further enhance the image and professionalism of the industry so that its members are more successful.

The BKT group has a large and extensive range of modern Off-Highway tires, which are specially designed for vehicles used in the farming, industrial, earth-moving, mining, port, ATV and gardening segments. The company operates in over 140 countries and has a product portfolio which includes over 2,700 products.