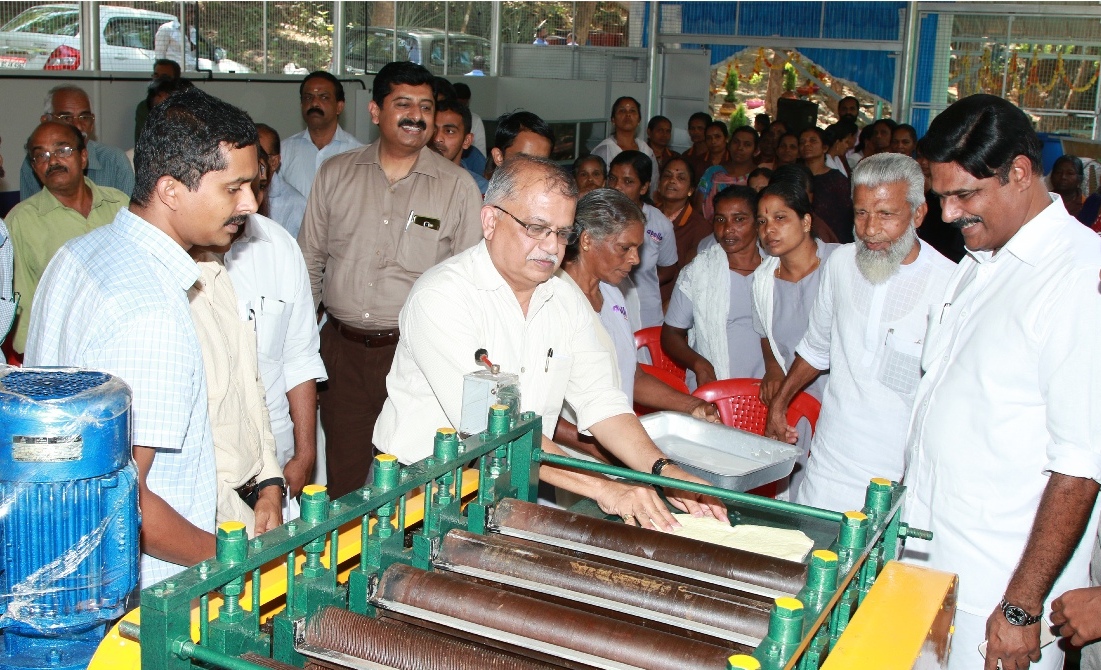 In order to mark International Women’s Day, Apollo Tyres officially opened a Rubber Sheet Making Unit, for the wives of rubber tappers on March 8. The unit which was established with assistance from one of the company’s suppliers was opened at Vellavoor Panchayat in Kottayam, Kerala and would be run only by women. The unit was opened Advocate S Jayasooryan, Vice Chairman, Rubber Board of India in the presence of the dignitaries like the Panchayat President, other members of the Rubber Board members and the team from Apollo Tyres.

The Rubber Sheet Making Unit will be run by a group of women, who have received training from Apollo Tyres in collaboration with the Rubber Board of India, on rubber tapping, sheet making, sheet smoking and general entrepreneurial skills. They will also work directly with rubber dealers so that the products of this unit can be marketed directly. Apollo Tyres set up this unit with the goal of empowering the women and enhancing their family income. The company would also benefit as it would get better quality rubber sheets as raw material for production of tires.

The women who will be running this sheet making unit, were previously earning very low amounts of Rs 1000 – 2000 on a monthly basis, and that too on a sporadic basis. They will now be earning an average amount of Rs 8000 – 10,000 per month by running this unit. Apollo Tyres is planning to replicate this unit in other Panchayats of the rubber producing region of Kottayam thus enhancing the lives of more women and getting a greater quantiy of high quality rubber sheets as raw material for its factories.

During the past two years, Apollo Tyres has reached out to nearly 600 women in Kottayam, who were earning very little and helped to provide them with alternate means of earning a decent income. These projects included provision of training in jackfruit processing, mushroom cultivation, aqua culture, organic farming and apiculture. The company has also been providing healthcare facilities by conducting regular health camps and specialized cancer screening camps for around 500 rubber tapper’s families.

This initiative is a part of Apollo Tyres’ Women Empowerment Programme, which is targeted towards providing livelihood skills to underprivileged women in and around the company’s manufacturing facilities in Kerala and Gujarat.