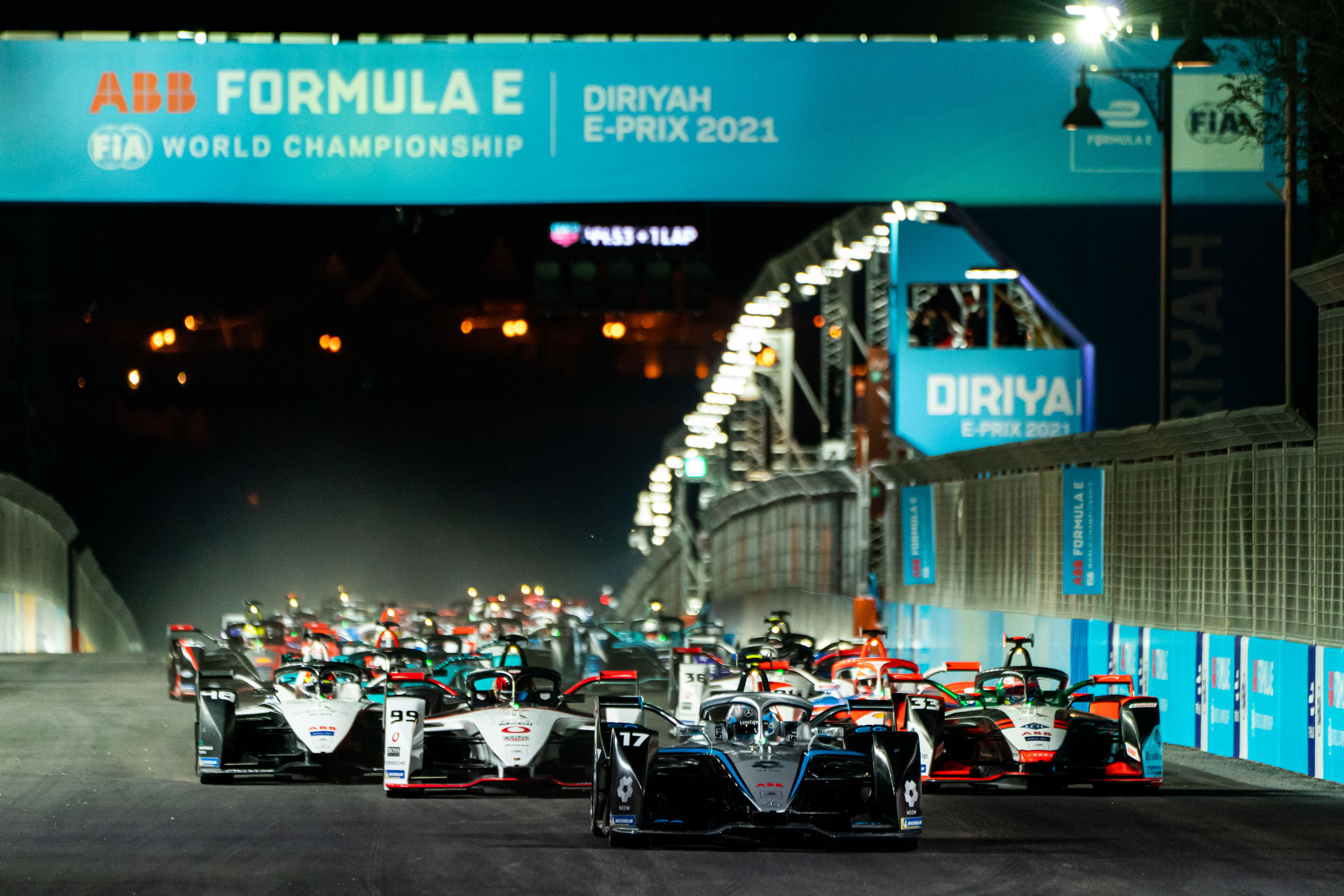 The 2021 ABB FIA Formula E World Championship got underway this weekend in historic Ad-Diriyah, near Riyad, Saudi Arabia, after a break of six months interrupted only by last November’s official test.

The modern lines of today’s all-electric, Michelin-equipped single-seaters contrasted with the architecture of the UNESCO-listed heritage site which offered a unique backdrop for the television viewers around the world who tuned in to watch the weekend’s two races. Due to the heath measures currently in place, however, there were few spectators at the track, with attendance restricted to sponsor and team guests, along with a certain number of Saudi celebrities.

The fast, flowing, 2.49-kilometre, clockwise track that hosted Formula E’s third visit to Saudi Arabia had been resurfaced prior to the season’s opener and the superior grip provided by the fresh asphalt only added to the quality of the show.

For the first time in Formula 1 history, the races were held after nightfall, with the circuit lit by 600 powerful, new-generation LED floodlights which not only consumed half the energy of a conventional system but also functioned using renewable electricity.

The main new feature with regard to tyres this season concerns the smaller allocations which are down from eight to six covers per driver (three fronts and three rears) for single-race meetings, and eight instead of 16 for the double-header fixtures, the list of which included Ad-Diriyah.

“The MICHELIN Pilot Sport EV lived up every bit to its promise his weekend in terms of both the performance it delivered and its longevity,” remarked Jérôme Mondain, the manager of Michelin’s Formula E programme. “Despite the substantial reduction in tyre allowances, the drivers were able to push with confidence in the knowledge that their Pilot Sport EVs would hold all the way to the chequered flag.”

“Because of the recently laid surface, we had been expecting to see the phenomenon of oil-seep after the early sessions, but that didn’t happen and the progress achieved by the cars, the consistency of our tyres and the superior grip clear due to the faster lap times. With an allocation of just eight tyres per driver to cover both race-days in Ad-Diriyah [free practice, qualifying and the two e-prix], there was precious little margin for error. With back to back races, if you have an issue on Day 1, you are forced to dig into your quota ideally set aside for the following day. As usual, though, our technical staff was on hand to provide advice to the teams and help them to optimise the management of their tyres.”

The winner of the second race, on Saturday, was Sam Bird (Jaguar Racing), who was joined on the podium by Robin Frijns (Envision Virgin Racing) and Jean-Eric Vergne (DS Techeetah).