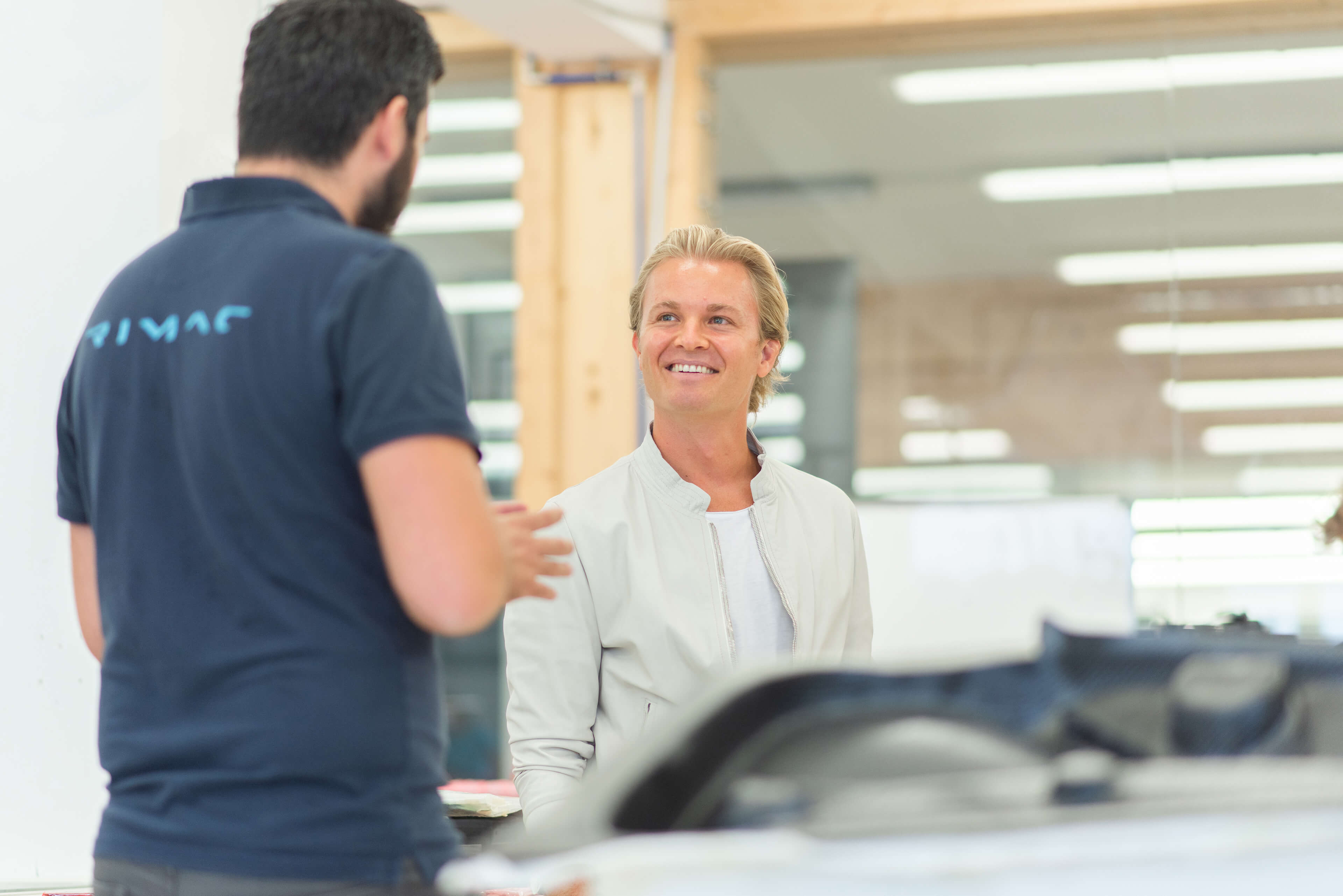 Rimac Automobili Welcomes Nico Rosberg to the Family of Owners

Rimac Automobili has welcomed 2016 Formula One World Champion Nico Rosberg to the family, as he joined the team in Croatia to customise his personal C_Two and test an advanced prototype.Nico’s announcement was captured in a video on his YouTube channel: youtu.be/EFAu2xquedk
Nico is one of just 150 people worldwide that will own a C_Two, having ordered his car in early 2019, following a viewing with the founder and CEO, Mate Rimac. Just recently, Nico visited the team – now numbering more than 700 – in Sveta Nedelja, Croatia, to decide on the bespoke configuration of his car, which will be delivered along with other customer cars in 2021.
Following an 11-year career in Formula One that saw him crowned World Champion in 2016, Nico has embarked on a career as sustainability entrepreneur and investor in green technologies. He is invested in more than twenty mobility start-ups as well as the all-electric Formula E championship.
In 2019, he founded the Greentech Festival, a global platform for sustainable innovation and lifestyle.Mate Rimac, Founder and CEO, Rimac Automobili said: “For us, it’s an honour that Nico chose to become a part of the Rimac Automobili family. Nico is a great guy through and through – as a driver, sustainability entrepreneur, tech lover and future-focused individual, he understands exactly what we want to achieve with the C_Two; simply, that we want to set new standards for performance by using advanced electric technology developed entirely in-house here at Rimac Automobili. The car we have created is built almost from the ground up by the team here in Croatia. And to have one of the world’s best drivers give us the ultimate seal of approval on that design and engineering by buying one is an amazing feeling.”
Despite delays due to COVID-19, development of the C_Two has continued to advance quickly. Earlier this year, Rimac Automobili announced a new production line in Croatia, where the 150 production cars, including Nico’s, will be built. Former Aston Martin Chief Engineer, VP of Vehicle Engineering at Tesla and lead of Apple’s Special Projects Group, Chris Porritt, also joined the Rimac team as Chief Technology Officer, with the immediate focus on start-of-production for the C_Two.

The Rimac C_Two will deliver a 0-100mph (161km/h) time of 4.3 seconds and a top speed of 258mph in final production form. These performance figures have been achieved through development of the original C_Two concept and subsequent prototypes. In parallel with the development of the C_Two, the Rimac Automobili business has continued to scale up, with Porsche increasing its ownership stake in the business to 15.5% and Hyundai Motor Group investing 80M EUR into the business. These latest announcements join a long list of already established partners of Rimac, including Koenigsegg, Automobili Pininfarina and Aston Martin.