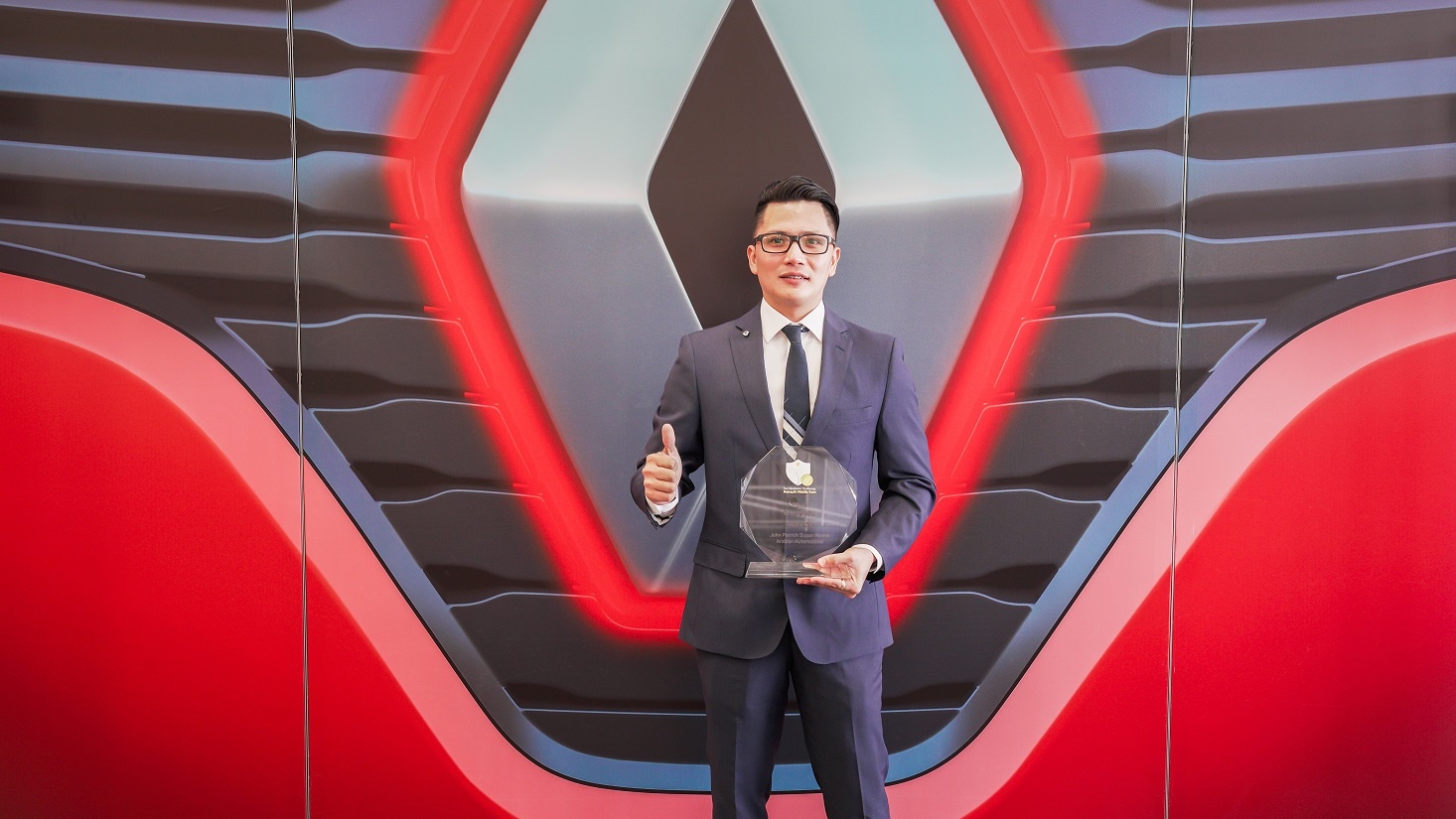 Arabian Automobiles, the flagship company of the AW Rostamani Group and the exclusive dealer for Renault in Dubai, Sharjah and the Northern Emirates, commends John Patrick Nueva for standing out in this year’s Renault Middle East Gladiator Challenge. John received first place in the 2019 Regional Skills Contest for Service Advisors in a competitive challenge against over 50 contenders.

The challenge is an online regional skills competition launched by Renault Middle East for all service advisors and sales executives where John made his mark in this year’s event. Comprising a quiz that intends to test the product and brand knowledge of participants as well as sharpen the minds of participants, 56 members took part across 9 countries, including UAE, Oman, Bahrain, Egypt and Lebanon.

The Gladiator Challenge, among many other initiatives, is Renault’s intrinsic approach to keeping its workforce and team members up to speed with developments in the industry and within the brand itself. John Patrick Nueva was awarded by Renault Middle East Managing Director, Bernard Chretien, in the presence of the Chief Operating Officer of Arabian Automobiles, Salah Yamout at the Arabian Automobiles Renault Showroom on Sheikh Zayed Road.