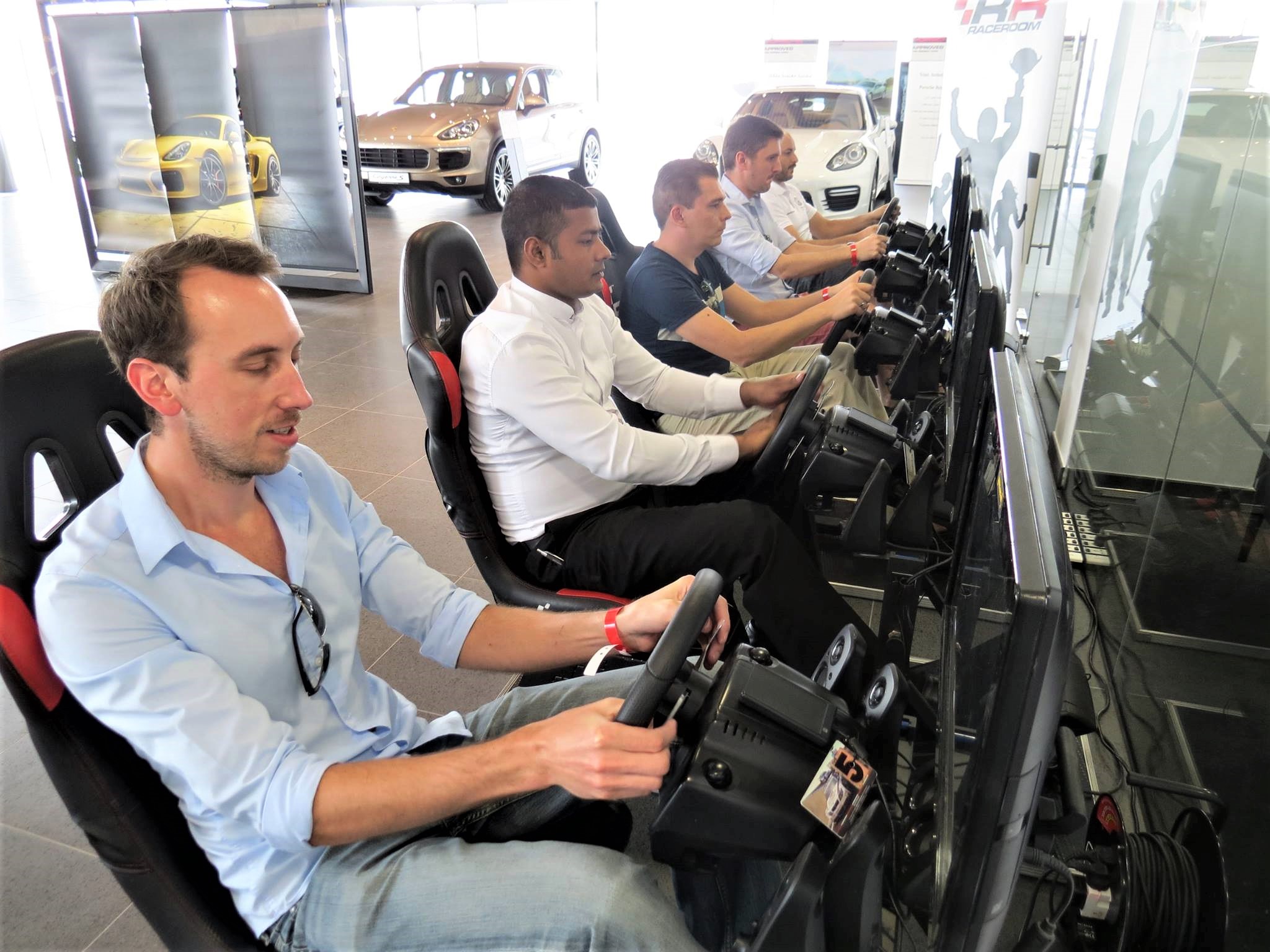 Motorsport enthusiasts frustrated by the current shortage of live competitive action launched into a ten-day virtual race challenge in Dubai today on some of the world’s top real-life circuits.

The City Walk 2020 E-Motorsports Tournament powered by BMW is the first in a series of events planned by Dubai-based Pole Position Events Management to establish this new and increasingly popular realm of racing in the UAE.

With the opportunity to land prizes worth AED20,000 on 5th December, the ultimate incentive for UAE devotees is to follow in the footsteps of those who have already used Esports to earn a real-world drive or a full-time simulator role with a racing team.

Sponsored by BMW and Pirelli, the City Walk 2020 E-Motorsports Tournament is based at a mobile E-Motorsports concept unit equipped with RaceRoom software and race consoles.

Located outside Hub Zero in City Walk, it welcomed the first enthusiasts and gamers this morning for a time attack competition in which racers compete for the best lap time. Each is timed over three laps of a racing circuit, which is an exact replica of a real-life racing venue with BMW race cars.

“We’re excited to be launching the first in a series of E-motorsport events which will add another dimension to the UAE motorsport calendar. Our aim is to attract a new generation of young competitors and ultimately help make motorsport more accessible and affordable.”

The tournament consists of five rounds, each running from 10am-12 midnight daily until culminating at 4pm on 5th December. Enthusiasts can pay to enter as many times as they wish to improve their lap time in each round at a cost of AED 50 per entry.

Some will be looking to emulate the E-motorsport success stories of Rudy van Buren, now a simulator driver for McLaren and the Mahindra Racing Formula E team, and James Baldwin, who earned a drive in the GT World Challenge Europe championship.