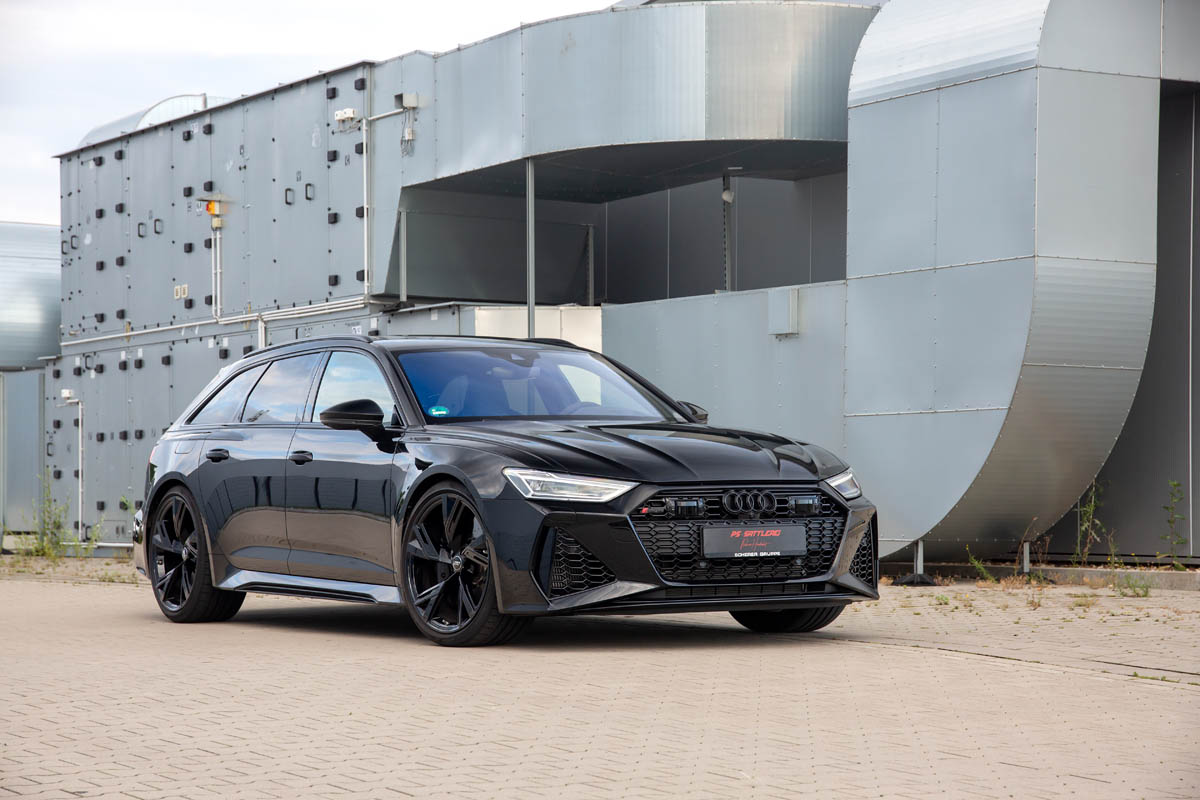 Car manufacturers’ price lists often feature a complicated structure that makes them
difficult to understand. It is increasingly common for manufacturers to only make
certain optional extras available in combination with other special features or as part
of packages. In the case of the current Audi RS 6, for example, customers looking for
a black Alcantara headliner were originally forced – for no apparent reason – to
purchase this extra together with a Bang & Olufsen advanced sound system for a
mere €6,000. This situation has since improved somewhat, as customers now have
the choice of combining it with the Bang & Olufsen premium sound system priced at
“just” €770. However, that does nothing to help the owner of the high-performance
wagon shown here, who was not prepared to part with around €8,000 for the
Alcantara headliner he wanted when he bought the vehicle.

All the same, he did not want to go without a refined roof liner – so he took his RS 6
Avant to PS-Sattlerei in Bergkamen in Germany’s Ruhr region. The interior specialists
implemented extensive upgrades to the passenger compartment in fine Alcantara.
Naturally, the suede used in the upgrade pairs so perfectly with the fabrics originally
used by Audi that even connoisseurs would be unable to distinguish between the
Alcantara surfaces installed in the factory and the newly added areas – exactly as it
should be!
Of course, the PS-Sattlerei team didn’t stop with the customer’s initial request for a
black Alcantara roof lining and instead extended the upgrade to the sun visors and
roof pillars. After all, the RS 6 is an absolutely top-of-the-range model with a six-figure
base price. Despite this, there are still some elements inside the 600 hp sports wagon
that are made from crude plastic – and therefore fail to live up to the Audi’s
sophisticated standards. To rectify this, PS-Sattlerei lined all of these areas in original
black Audi Alcantara, detailed with red decorative stitching.
Upgrading the steering wheel was an obvious place to start. The popular microfiber
material was also applied to the trim around the steering column, door sills and the
dashboard. When it came to the dashboard, the PS-Sattlerei specialists applied
Alcantara not only to the upper section but also to the glove compartment door and
the side covers. And, last but not least, the upgrades also honed in on the Audi’s
center console. Its side panels and the armrest are now also adorned with black
Alcantara and red decorative stitching.
All in all, the interior of this RS 6 Avant is now significantly more refined and premiumquality that it was upon leaving the Audi factory. There is not a single part of the car
that is anything other than beautiful to look at – and classy Alcantara stretches almost
wherever you look.