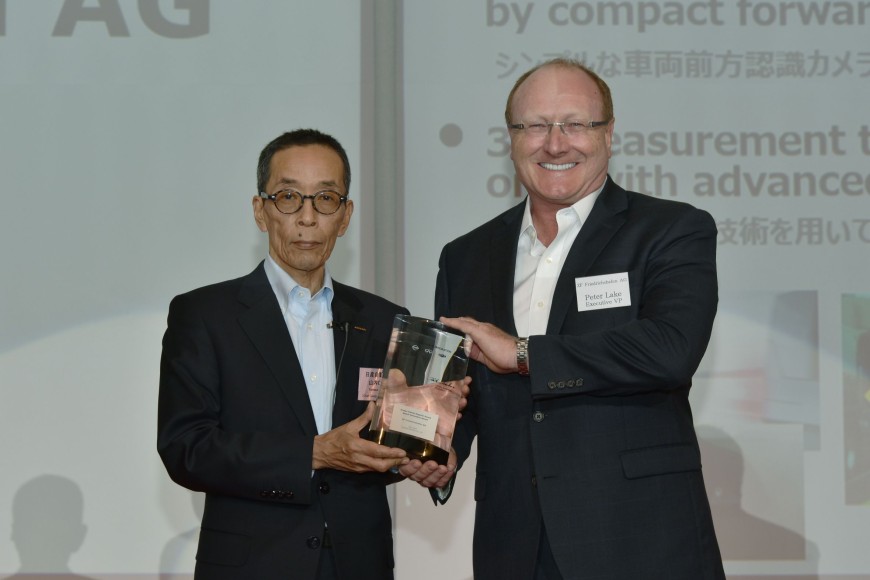 ZF announced that it has received the 2017 Nissan Global Supplier Award for Innovation. The award was given to ZF in recognition of its efforts to develop camera technology. The forward looking camera has been integrated as part of Nissan’s ProPILOT autonomous driving technology. This technology was launched in 2016 on Nissan’s Serena models in the Japanese market.

Commenting on the award, Peter J. Lake, member of the board of ZF responsible for Corporate Market thanked Nissan for the award and the opportunity it had given ZF to contribute to milestone systems like ProPILOT. He said that the company looked forward to continuing to support Nissan’s efforts to develop semi and fully automated functions and systems.

ProPILOT is a pathbreaking autonomous drive technology that is meant for highway use in single-lane traffic. Nissan was the first automotive manufacturer in Japan to use a combination of steering, accelerator and braking in fully automatic mode, thus reducing the burden faced by motorists on long commutes and heavy highway traffic and long commutes. The ProPILOT system uses advanced image-processing technology supported by ZF camera technology in order to understand road and traffic situations and thus execute precise steering enabling so that vehicles can be driven naturally.

Peter. J. Lake received the award from Yasuhiro Yamauchi, chief competitive officer for Nissan responsible for leading global manufacturing and R&D on behalf of ZF at a ceremony that was held in Yokohama, Japan.

This is the second time in the past three years that Nissan has recognized ZF for its camera technology. ZF had first received the award for the launch of its second generation camera sensor (S-Cam2) on the Qashqai and X-Trail models in 2014.

ZF is a world leader in the design, development and supply of forward-looking camera technology and supplies to more than a dozen leading automakers.