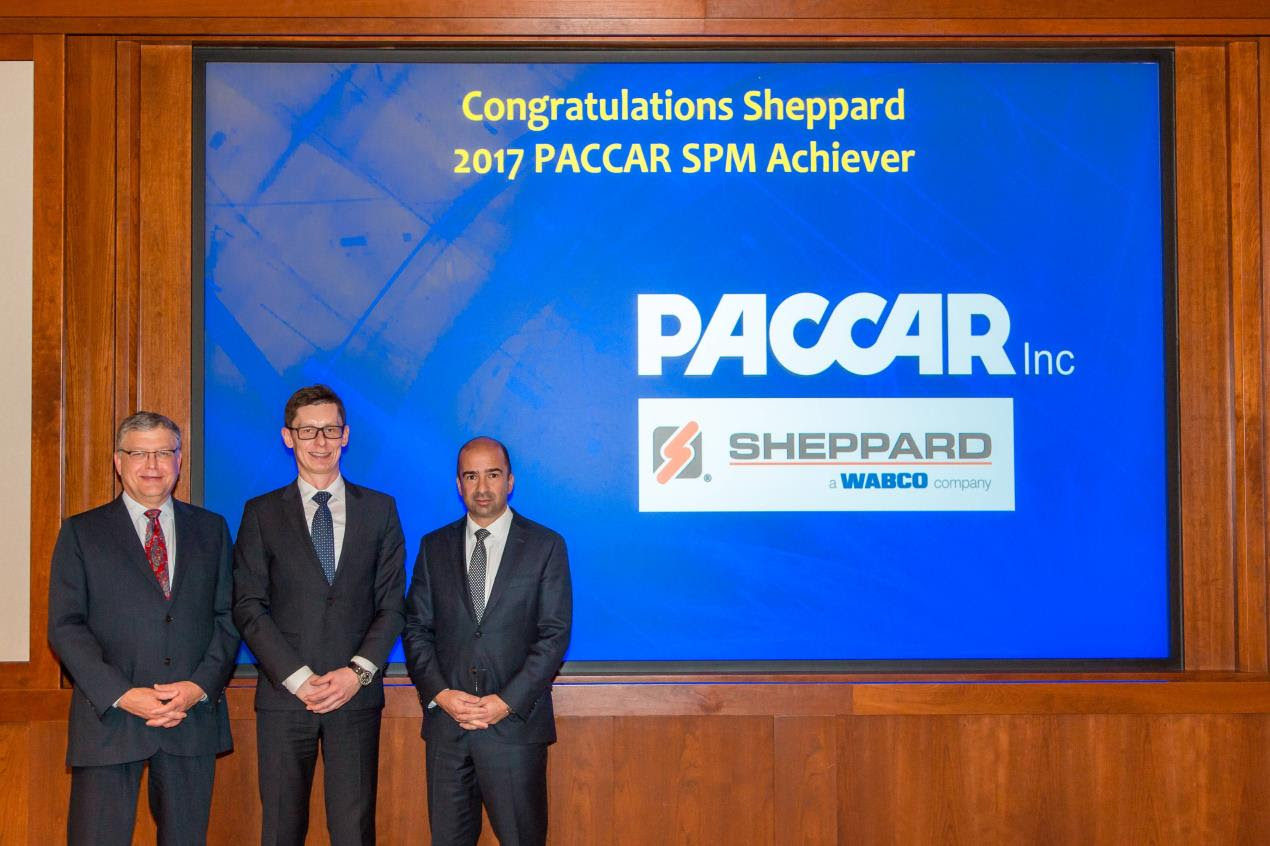 R.H. Sheppard, a WABCO company that is a key supplier of industry-leading steering technologies for commercial vehicles has received the PACCAR Inc Supplier Performance Management (SPM) Achiever Award. This is the second year in a row that R.H. Sheppard has received the honor.

PACCAR Inc is a leading global truck manufacturer which recognizes it top suppliers on an annual basis with regard to aspects like product development, operations support, and business alignment with the company’s objectives. PACCAR has a Supplier Performance Management program as part of which the cross-functional teams from PACCAR work closely with suppliers to identify performance enhancements and to develop product innovations. PACCAR selected Sheppard for the award based on the company’s reliability and delivery performance. PACCAR has given 89 supplier awards from the launch of the SPM program in 2014.

Commenting on the award for Sheppard, Bill Jackson, PACCAR Vice President, Global Purchasing said that the company was excited about the significant improvement in the performance of suppliers from the time the SPM program was launched three years ago. He said that the company recognized the value that was created for customers, dealers and PACCAR from the continuous improvement initiatives under the program.

Piotr Sroka, WABCO Business Leader, Global Steering said that it was a great honor for Sheppard to receive PACCAR’s Supplier Performance Management Achiever Award. He said that the company would continue to build on its strategic partnership with PACCAR that has been in existence for more than 20 years by contributing advanced steering systems to Paccar’s leading Kenworth and Peterbilt truck brands in North America.

Jon Morrison, WABCO President, Americas said that the award from PACCAR highlights how WABCO’s broad portfolio of industry-leading technologies help improve the safety, efficiency and connectivity of commercial vehicle manufacturers and fleet operators in North America and worldwide. WABCO acquired Sheppard in September this year and as an outcome of this acquisition can now offer the combination of active steering, active braking, electronic stability control and other advanced driver assistance systems which can help realize the commercial vehicle industry’s vision of autonomous driving.

Sheppard specializes in the production of power-steering gears which have set the industry standard for heavy-duty commercial and specialty vehicles.