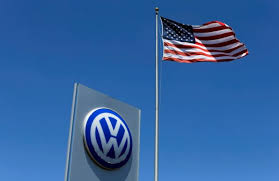 VW Seeks to Attract US Customers with Six-year Warranty

In the run up to the New York Auto Show, Volkswagen AG has announced that it would be offering warranties that are said to be the longest in the United States. The company suffered considerable damage to its reputation on a global basis in the wake of the diesel emissions scandal and is now seeking to redress this with a six-year, 72,000 mile warranty for two of its new SUVs. The warranties will apply to the 2018 Tiguan Sport and the 2018 Atlas that are scheduled to be launched later this year.

Commenting on this move, Volkswagen Group of American chief executive Hinrich Woebcken, said that the warranty would further address the needs of American buyers who are concerned about the quality of the company’s vehicles, especially in view of the fact that most of the company’s rivals generally offer 36,000 mile, three-year warranties for similar models. The brands that offered the best warranty were Hyundai and Kia which gave customers a five year/ 60,000 miles warranty.