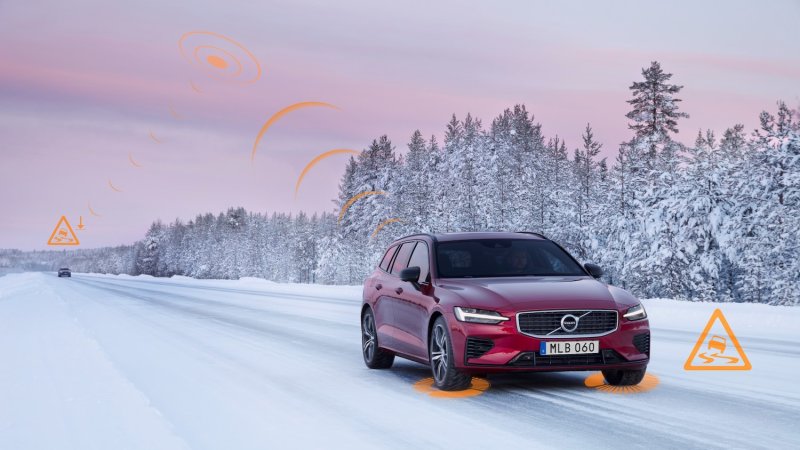 Volvo Cars has announced its intentions to become the first company in the industry to debut a connected safety technology across Europe. Further reinforcing the company’s reputation for safety, the new technology is meant to improve traffic safety and will make it possible for Volvo Cars to communicate with each other and to use a cloud-based network to alert drivers of nearby slippery road conditions and hazards.

Volvo first launched its Hazard Light Alert and Slippery Road Alert in 2016 on its 90 Series cars in Sweden and Norway. These features will now become available to those who use a Volvo across Europe. From 2020, they will be standard features on all Volvo models while select older models from the 2016 model year onwards which have been made using the company’s Scalable Product Architecture (SPA) or Compact Modular Architecture (CMA) can be retrofitted with these features.

Commenting on the initiative, Malin Ekholm, head of Volvo Cars Safety Centre, said that sharing real-time safety data between cars can significantly help avoid accidents. Volvo owners can play a direct role in making roads safer for other drivers by using these features, while benefiting themselves from early warnings regarding potentially dangerous conditions ahead.

Safety research conducted by Volvo showed that adjusting speeds based on the actual traffic situation can drastically reduce the risk for accidents. Connected safety technologies can support better driver behavior and boost traffic safety by alerting people about the dangers ahead in a timely manner and allowing them to adapt to these changes with time to spare.

By launching these features across Europe, Volvo Cars is also encouraging other players in the automotive segment to join it in sharing anonymized data related to traffic safety across car brands. Sharing this kind of data in real time can make a huge difference in terms of overall traffic safety and makes cars that are connected more influential. From 2018, Volvo Cars and Volvo Trucks have shared data to alert drivers of nearby hazards in Sweden and Norway. “The more vehicles we have sharing safety data in real time, the safer our roads become. We hope to establish more collaborations with partners who share our commitment to safety,” said Malin Ekholm.

Volvo Cars’ systems are said to be the first such systems in the automotive industry. When any such connected Volvo vehicle switches on its hazard lights, the Hazard Light Alert notifies all Volvo vehicles nearby that are connected to the cloud service by sending a signal, thus warning other motorists and helping them to avoid potential accidents. This is highly helpful on blind corners and over the crest of hills in the road.

The Slippery Road Alert enhances a driver’s awareness about both current road conditions and those on the road ahead, by anonymously collecting information about the terrain from cars further ahead on the road and uses this information to warn drivers approaching a slippery road section in advance.

Volvo Cars has recently made a number of announcements for supporting better driver behavior and safer driving. From 2020, all Volvos will be speed-limited at 180 kph. From the early 2020s, Volvo will also install in-car cameras and other sensors that will monitor the driver and allow the car to intervene if the driver is clearly intoxicated or distracted driver and hence increases the risk of an accident that could be potentially fatal or cause serious injury.

Finally, the company announced that for the first time, it is making its safety knowledge easily accessible in a ‘central digital library’, which it urges the car industry to use in the interest of safer roads for all.