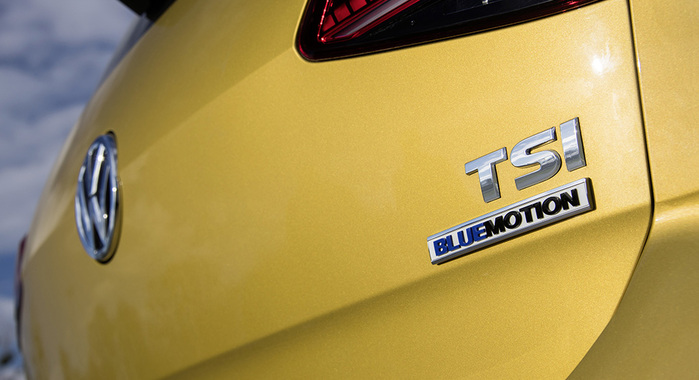 Volkswagen has developed a new petrol engine, the 1.5 TSI ACT BlueMotion that it says has the efficiency of a diesel engine. It has an output of 96 kW / 130 PS and is currently used in the Golf and Golf Variant. Volkswagen plans to make this available in other models in the future.

With a fuel economy of 4.8 liters/100 km, Volkswagen says this engine’s efficiency is as good as that of a diesel engine, thanks to the new TSI Miller combustion process and the use of a high-tech turbocharger with variable turbine geometry. It also offers the benefits of supreme torque and low emissions.

In order to boost fuel efficiency, the Active Cylinder Management (ACT) either deactivates some cylinders (of the four cylinders) or completely shuts itself off in the ‘eco-coasting’ micro-hybrid mode. This function is activated within an engine speed range of 1400 to 4000 rpm and at vehicle speeds up to 130kph and the motorist is made aware of the transition from four to two-cylinder operation by the ‘2-cylinder mode’ notification in the instrument display.

When the driver releases the accelerator pedal for conditions ahead or is going down a slight slope, the engine management system automatically switches off the TSI completely and decouples it from the drivetrain by disengaging the clutch. During this phase, the engine no longer needs to be ‘dragged along’ and the vehicle’s kinetic energy is optimized. When ‘coasting’, the Golf repeatedly switches over to a zero-emissions mode for brief periods of time.

The temporary engine shut-off in the ‘eco-coasting ‘ mode can reduce fuel consumption by up to 0.4 litres/100km. During the phases that the engine is inactive, the micro-hybrid system uses the 12-volt electrical system architecture paired with a compact lithium-ion battery to supply all relevant systems in the car with energy.

The use of the new TSI Miller cycle to innovatively control combustion of the fuel-and-air mixture has increased the efficiency by up to 10 percent. The inlet valves are open for shorter periods in the TSI Miller cycle, and VW uses a turbocharger with variable turbine geometry (VTG) to fill the cylinders with the cylinder charge at a boosted charge pressure.