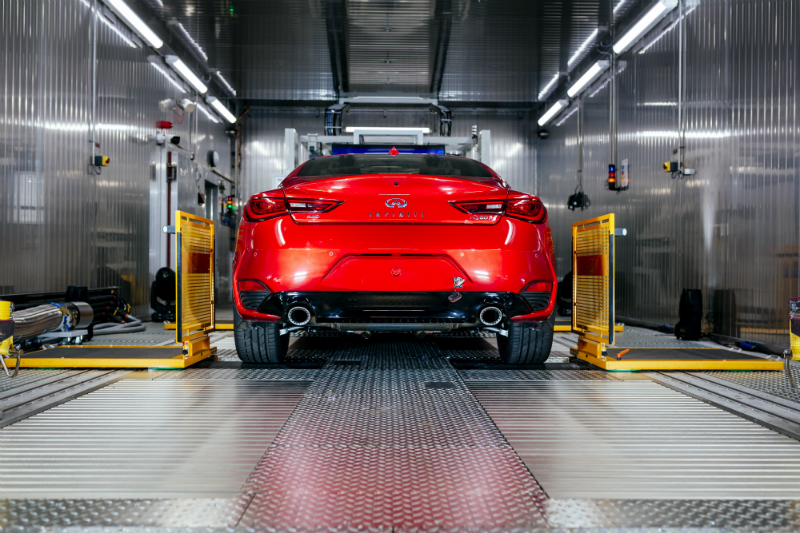 The United Kingdom has opened its first test center for testing real emissions. The Real Driving Emissions (RDE) test is coming into force from from September 2019, and as part of these tests, new vehicles will be tested on public roads in a wide range of real-life scenarios. Experts came up with the RDE test in addition to WLTP (Worldwide Harmonized Light Vehicles Test Procedure) which are conducted in labs after the global impact of the diesel-gate scandal in which leading automotive manufacturers were found to have used special software to cheat on emissions tests.

The new center was built by MAHLE Powertrain, and will use a new 4WD chassis dyno for replication of conditions in the real world. According to the new norms that will come into effect from September next year, all vehicles which are cleared to be sold in UK from September 1, 2019, should be able to meet emissions targets on different types of roads while carrying different payloads and across a wide range of altitude and weather conditions. The new technology that will be used at the testing center has the capability to simulate almost any type of real-world driving scenario.

Commenting on the new center, Mike Hawes, the chief executive of The Society of Motor Manufacturers & Traders (SMMT) said that the organization was delighted to see MAHLE Powertrain set up the first dedicated RDE test facility in the UK. He added that RDE is a part of the toughest emissions testing regime in the world along with the WLTP lab test. He said that the establishment of the new center confirmed that the automotive industry was delivering on its commitment to clean up the air while conveying more accurate emissions and fuel consumption information to motorists.

On the opening day, visitors to the facility received a tour of the facility which covered all areas including the centre’s climatic and hypobaric test chamber, which has been installed to deliver highly accurate and repeatable emissions results and data. According to Simon Reader, engineering director at MAHLE Powertrain, the centre will make it possible for the company to carry out all elements of the RDE testing regime with the opportunity to bring further RDE-related work back to its laboratory, saving development time and cost.
“It means that vehicles can be thoroughly tested to the highest standards without leaving the country,” said Reader. “This will shorten lead times and costs, helping the UK to retain its reputation for automotive engineering excellence.”