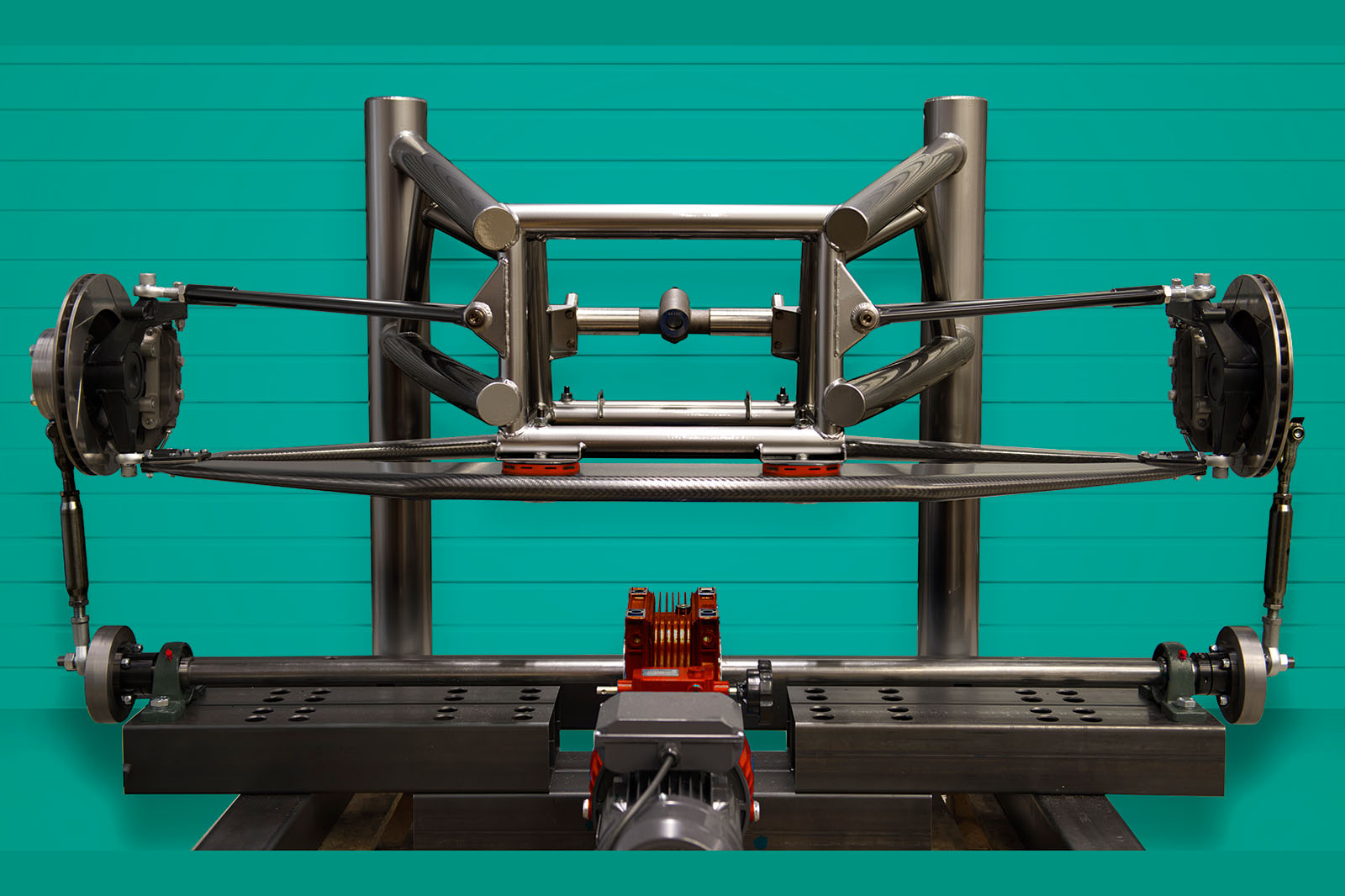 A UK-based engineering consortium has developed an independent suspension made of flexible wishbones. While conventional springs and dampers cannot bend, this suspension can and it could potentially transform the way suspensions are made. Named Lift for ‘Lightweight Innovative Flexible Technology’, the new system can help shave 40 per cent  off the weight of a conventional double wishbone system. The project is subsidized by Innovate UK, the UK government agency which supports the development of innovative technology.

The companies working on the project include Simpact, which specializes in computer- aided engineering specialist, Ariel Motor Company and the Warwick Manufacturing Group. The consortium showcased the new suspension with a modified Ariel Atom front suspension at the Cenex-LCV expo, an event held at the Millbrook Proving Ground on 6-7 September.

Dirk Landheer, managing director of Simpact, wo came up with the idea for the product said the flexible wishbones can be attached to the chassis and their internal structural design controls the wheel movement. The design is considerably more detailed as suspension systems move in a number of directions, and not just up and down. Manufacture of the critical composite suspension arms is also complex as the parts need very careful hand lay-up at present, and the direction of the fibers and the thickness of the wishbones need to be very precisely controlled.

The members of the consortium were able to gather a huge amount of data related to the basic functioning of a conventional suspension system by applying dozens of sensors to the basic structure of a standard Atom, and then using the University of Warwick’s measuring apparatus to record the vehicle’s behavior. They then used this data to apply it to the design of Lift.

Early experiments indicated that t flexible suspension arms could replace springs, but only if the damping is a lot more precise. They went on to incorporate piezo fibers into the suspension  arms as these fibers can change  their bending behavior when electrified. Thus, they might be able to improve damping without any need for a classic tubular damper.

Now, the partners believe that eventually the ability of piezo fibers to generate electric power through movement could be harnessed to generate enough energy to make a significant contribution to the propulsion of a whole vehicle.

The next stage in the project is to build a running Atom prototype, but this would depend on getting additional funding.