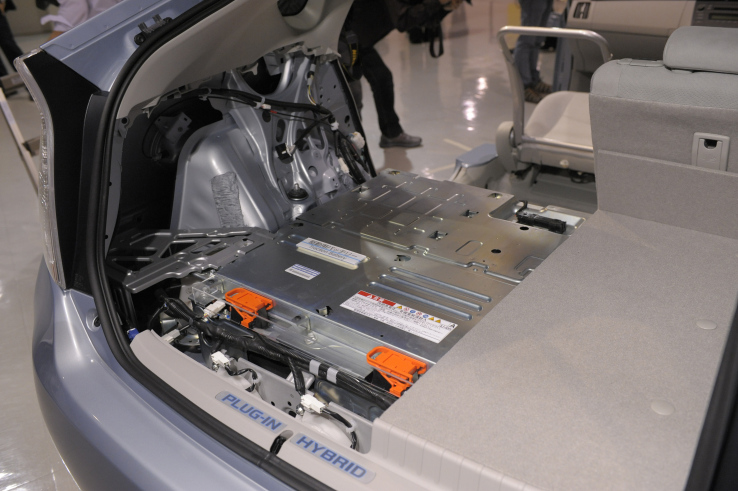 Toyota Planning to Use Solid-state Battery in Cars by 2020

Toyota has revealed that it has made major technological progress when it comes to batteries and says it is planning to use solid state batteries in its vehicles by 2020. Currently, a semi-liquid electrolyte is used in batteries that are fitted in electric vehicles and hybrid vehicles. Toyota has apparently developed a solid electrolyte which marks a significant breakthrough in production engineering.

With the new technology, it would be possible to make lithium-ion batteries that are smaller and more compact for electric vehicles. In the long run, this could lead to the production of vehicles having longer range and higher charge capacity.

Another beneficial outcome of this development would be an increase in the usable life of the battery. This means that they could be used for a longer time in vehicles and would increase the scope for battery recycling and an alternative post-vehicle life.

One of the key barriers when it comes to the design of electric vehicles is the nature of the batteries. The development of solid state batteries which would translate into larger charge capacities would enhance the efficiencies obtained through the use of lighter materials for building the frames and interiors of electric cars.

With increasing possibility of internal combustion vehicles slowly being phased out due to the toxic nature of their emissions, it looks like Toyota’s new technology marks a significant technological advance that can increase the viability of electric cars.