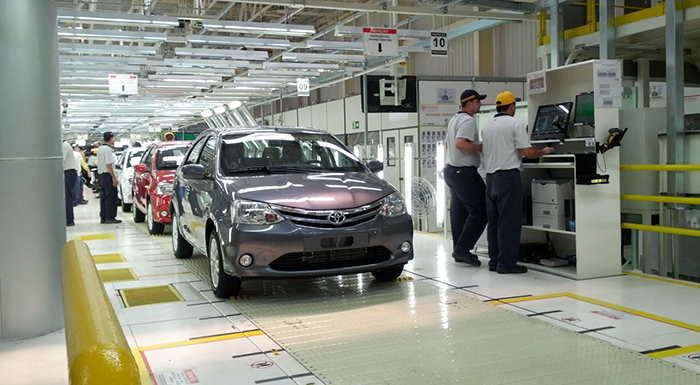 Toyota has further demonstrated its global dominance with the recent inauguration of its first-ever production facility in Latin America, based in Sao Paulo, Brazil.

The new $170m facility, which employs around 320 people, was built on a plot of land covering an area of 872,500m². Its manufacturing capacity is up to 108,000 units per year and will serve production of the Japanese automaker’s 1.3-liter and 1.5-liter NR engines, featuring Dual VVT-I, Flex Fuel, and four cylinders. These engines are employed in the new Etios, which is manufactured in Brazil specifically for customers in the Caribbean and Latin American markets.

The new Brazilian plant is one of Toyota’s first outside Japan to have all the three production processes, including machining, casting, and assembly located at one site.

In a statement, Steve St. Angelo, Toyota Latin America and the Caribbean CEO and Toyota do Brasil chairman, said that Toyota remains dedicated to the growth of the Latin American region. He added that they feel strongly about doing their part to help fuel the economy of the region.

“On top of our regional manufacturing operations in Argentina, Brazil, and Venezuela this new engine facility is testament to Toyota’s long-term strategy aimed at helping Latin America and the Caribbean emerge as a global economic power in the coming decades.”

According to Toyota, it wants to attain sustainable growth by investing in a number of facilities across the globe. This completely differs from its earlier approach where it was focused more on high-volume production.

Toyota’s production in Brazil dates back to 1959 with a Complete Knock Down plant of Toyota do Brasil, its first-ever manufacturing affiliate outside of Japan.