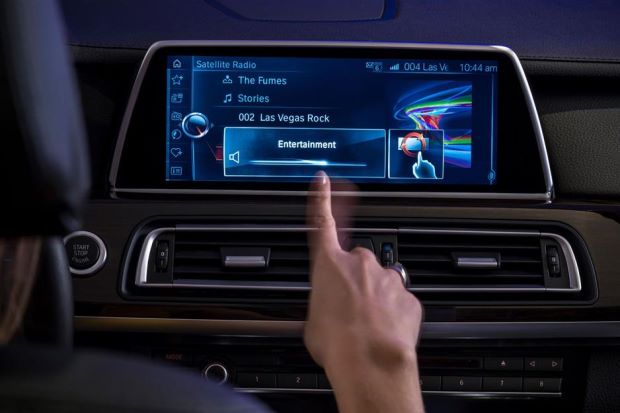 Icons on a screen have replaced many cockpit controls including the lever-operated handbrake and touchscreens have now become a common feature in cars. Electronic interfaces are on the verge of replacing dashboard switches and buttons. Many safety experts however feel that touchscreens can cause driver distraction. They might also be vulnerable to computer bugs that can potentially cause accidents. There is also insufficient data to assess the long-term reliability of smart control systems.

One system that has really evolved over the years is the braking system. In many new cars, the handbrake is controlled through actuators and the electric parking brake is a standard feature. You no longer even need to flick a lever to apply maximum braking power to all four wheels. The electronic park brake (EPB) uses electronic modules rather than an old-fashioned steel cable to press the press calipers onto the brake discs and lock the brakes. Such digital displays and controls have helped manufacturers to make vehicles lighter and declutter the cabin and save weight at the same time, eliminating the need for instruments like the analogue speedometer. Stop start button is used instead of an ignition key, the air-conditioning can be operated through the car’s entertainment system and everything has been streamlined to minimize the effort associated with the driving process.

“Generally speaking the electronic elements in a car cockpit enhance driver comfort and safety,” said Alexander Klotz of Continental AG, the German manufacturer of automotive components and systems. These electronic aid and possibilities allow the driver to use apps to deal with all aspects related to navigation, entertainment and climate control. The central touchscreen replaces all the hundred of knobs and switches that would be needed otherwise.

The use of such displays have gained greater acceptance due to the widespread use of smart devices in recent years. Customers are already familiar with the controls on their mobile devices and automotive manufacturers rushed to use similar controls in their cars.

However, according to some safety experts, operating the central touchscreen displays can make the driver take his eyes off the road for too long as drivers take in 90 per cent of road related information visually and it is important for the displays to be in the peripheral field of vision. They are also worried about the vulnerability of such systems to hacking attempts as the devices used in cars increase connectivity through wireless networks.

Eckehart Rotter of Germany’s powerful VDA carmakers federation has been lobbying for the industry to adopt a modular approach to car electronics. This approach would involve completely demarcating entertainment from security functions.

Rotter does however appreciate that using modern navigation systems is a lot safer than the old school method of referring to maps and atlases for directions while driving.

Meanwhile research is being carried out into the reliability of automotive electronic systems by scientists like Roland Jancke of the Fraunhofer Institute for Integrated Circuits.

“Many electronic elements were originally developed for domestic use and for smartphones,” says Jancke. “The automotive context is completely different. The components have to last 20 years and are subject to strong temperature variations.”