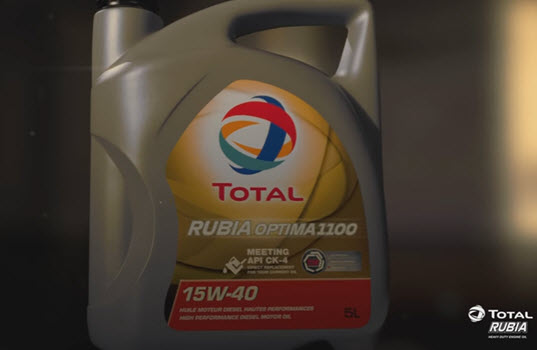 TOTAL Specialties USA Inc. (TSUSA) has debuted the new RUBIA OPTIMA range of lubricants for heavy-duty engines. These lubricants will promote cleaner and more efficient transport as they are compliant with the new categories defined by the American Petroleum Institute (API) which will come into effect from the month of December this year.

The American Petroleum Institute has decided to replace the API CJ-4 service category which was established almost a decade and replace it with two new categories, API CK-4 and API FA-4, to meet stricter emission norms that are needed to control greenhouse gas emissions. Heavy-duty vehicles now need to be fitted with cleaner and more fuel-efficient diesel engines. These engines will need new oils and with the launch of the RUBIA OPTIMA range, Total is offering technologically advanced lubricants to customers in the United States.

The new lubricants belonging to the RUBIA OPTIMA range were developed through TOTAL Group’s continued investment and commitment to research and development. The RUBIA OPTIMA range will provide better engine protection and an unparalleled level of performance thanks to the complex formulations of the lubricants belonging to the range. They will not only minimize fuel consumption and improve oxidation resistance but will also help limit carbon dioxide emissions. Due to higher levels of oxidation resistance, they will allow the longest oil drain intervals authorized by the manufacturers.

Speaking about the new range, Christophe Doussoux, Senior Vice President of Lubricants at TOTAL Specialties USA, Inc.said that Total’s lubricants business in the United States has grown at a consistent pace over the past five years and the company will continue to listen to customers needs and work on developing more eco-friendly and fuel-efficient products. The RUBIA OPTIMA range has been engineered specifically for the American market, and has been designed to meet the new regulations and to improve the performance and protection of the heavy-duty engine.

The TOTAL Group worked closely with key heavy-duty original equipment manufacturers (OEMs) to develop the new RUBIA OPTIMA oils. They deliver performance that is characterized by outstanding oxidation control, shear stability, and oil aeration control and definitely surpass CJ-4 oils with. Many key OEMS including Cummins and Caterpillar performed tests that bear out the superiority of the RUBIA OPTIMA lubricants. In the official Cummins ISB engine test, RUBIA OPTIMA 2100 XFE 10W-30 formed a protective film between the moving surfaces of the tappet and cam that reduced wear by up to 56%.

The Caterpillar C13 test which measures piston deposits at high temperature points to the efficacy of lubricants. If there are no deposits, it means that the lubricant that is used allows an engine to perform at its optimum efficiency. RUBIA OPTIMA 1100 FE 10W-30 keeps engines up to 70% cleaner than most oils in the market. The Volvo T13 test measures the aging of oil among others by the variation in viscosity. The viscosity increase of RUBIA OPTIMA 1100 15W-40 is 83% lower than the test limits.

In addition to complying with the new norms, the RUBIA OPTIMA range offers customers the benefit of significant reduction in costs when it comes to fuel usage and the need for maintenance. As the RUBIA range has a greater number of advanced approvals, even multi-brand fleets will need fewer products to meet the requirements of even the most advanced engines.