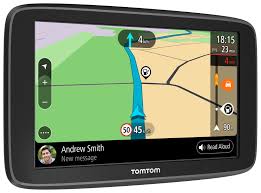 TomTom recently announced that it has reached a mapping milestone by achieving as many as 1.5 billion changes to its digital maps in a single month. These maps are delivered to TomTom customers every week. This milestone marks a significant advance in the company’s drive to shape the future of mobility as digital maps will play a key role with the advent of connected and autonomous vehicles.

On an average basis, TomTom’s map is updated over 570 times a second and these updates can include both geometry and road features like changes in road junctions, new POIs (points of interest) and new addresses.
According to Alain De Taeye, Member of TomTom’s Management Board, the gap between a change in the real world and the change being reflected in Tom Tom’s map has now become much shorter than before. Every change that is made to the map is guaranteed with regard to quality. In fact, the quality is of a level that is high enough for even the most demanding applications.

TomTom’s transactional map production platform, with continuous integration, uses artificial intelligence and machine learning to shorten the time between detecting changes in the real world and updating the map with guaranteed quality levels. This level of scalability and detail makes it possible for TomTom to deal with any level of detail in both its navigation map and high definition (HD) map for autonomous vehicles.

With over 1.5 billion map updates in July, TomTom’s business customers have access to an additional:
• 1.32 million kilometers of roads, enabling more accurate routing;
• 5.9 million Points of Interest, assuring that users can find for whatever they are searching; and
• 2.6 million Address Points, enhancing routing & geocoding accuracy.