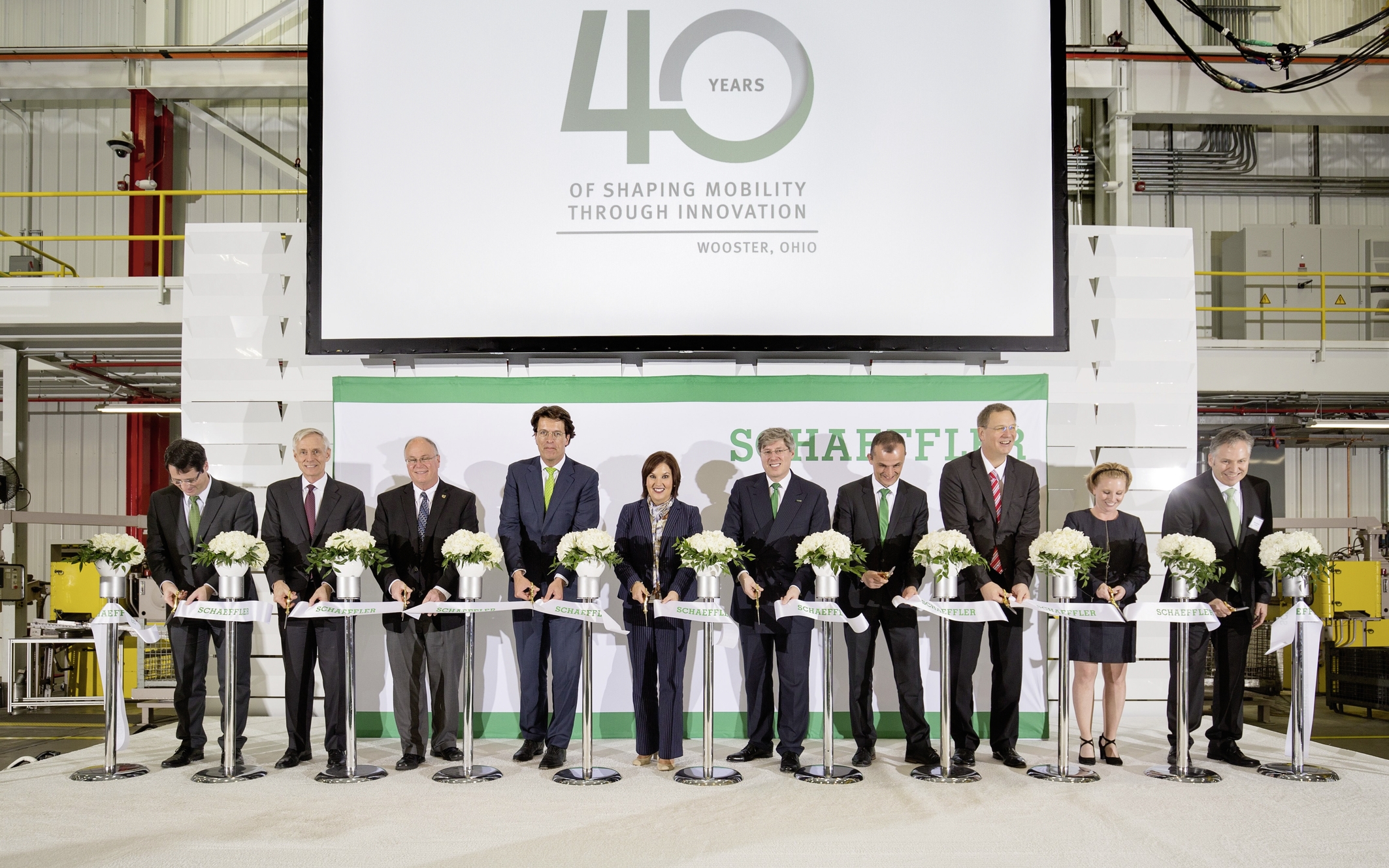 Schaeffler celebrated the 40th anniversary of its facility in Wooster, Ohio by announcing that it would be investing over USD 60 million in its expansion.

Schaeffler’s plant in Ohio, which was established 40 years ago and initially employed only six people has now grown to a manufacturing campus that sprawls over 800,000 square feet and employs almost 2,000 people. The Wooster facility serves as Schaeffler’s global center of competency for its range of torque converters and is the leading facility for the development and production of Schaeffler’s E-Mobility solutions in the United States.

“The expansion will allow Schaeffler to streamline its current operations and will prepare the company for its future role as a leader in the field of electromobility solutions like hybrid modules. Hence, it will play a key role in the company’s E-Mobility strategy. Schaeffler’s hybrid module combines the electric motor with hydrodynamic converter to yield a P2 hybrid solution.
The Wooster facility is slated to begin production of this hybrid module for a major US automotive manufacturer from 2018. The team there is also working on pure electric vehicle technology development, including the production of Schaeffler’s e-Axles.

Schaeffler Group CEO Klaus Rosenfeld said that the company’s investment in Wooster, Ohio is another milestone in implementing its strategy “Mobility for tomorrow” as Wooster will become the U.S. center for advanced E-Mobility.