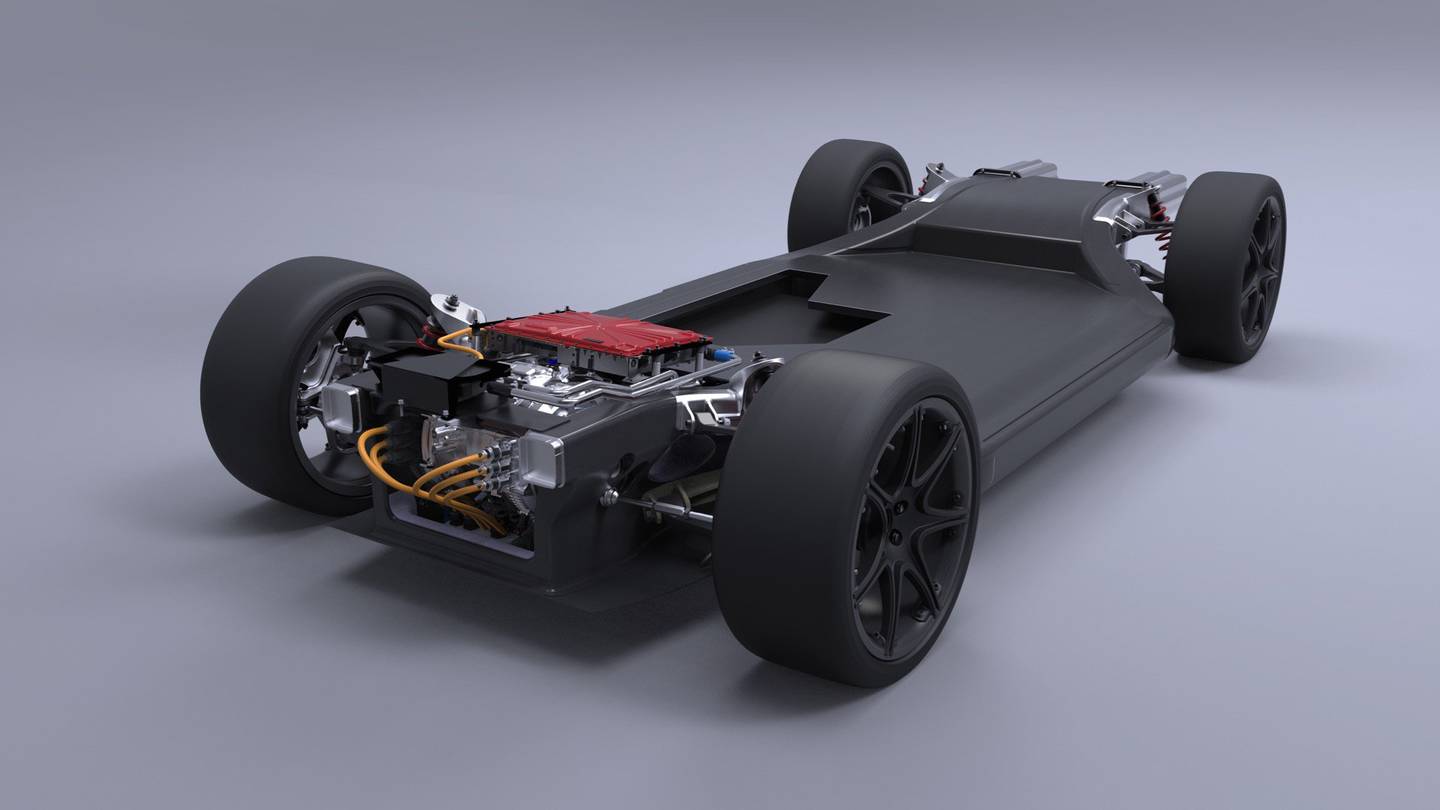 Called the FW-EVX concept, the company debuted its platform at the Low Carbon Vehicle Show in Millbrook, UK and says it has a scalable architecture that will offer several benefits to manufacturers of electric cars. The company’s engineering team integrated the latest technologies into the platform’s battery pack and cooling systems while paring down other components to minimize weight. They ended up creating a platform that could potentially transform the manner in which EV are designed and made.

One notable new feature is the incorporation of a fiber-reinforced suspension that makes the suspension  40 percent lighter than a conventional aluminum wishbone suspension. Another innovation was development of high-strength 3D structures from 2D materials. One of the new structures has created an exoskeleton for a battery module that can improve the structural performance of the battery.

Commenting on the platform, Craig Wilson, managing director of the company said that it represented a new direction for Williams’ advanced engineering business, as its own R&D team developed the proprietary innovations and has submitted patents for a number of the inventions.

Williams is a renowned engineering firm that has worked with motorsports teams, automotive manufacturers, aerospace companies, and other industry sectors with regard to testing, manufacturing services, development of innovative technologies and operational performance. Some of the firm’s famous clients include Aston Martin with which the company worked on its first production electric car  and race cars that participated in the Formula E and Formula One series.

“Vehicle efficiency has always been core to Williams – whether it be in Formula One or with Williams Advanced Engineering’s customer projects. These technologies, and our thinking around how to create a tightly integrated, light-weight chassis and powertrain package, have the potential to greatly increase the competitiveness of the next generation of electric vehicles,” said Paul McNamara, technical director.

“By making EVs more attractive to consumers, we can help accelerate their adoption and the air quality benefits they bring,” he said.