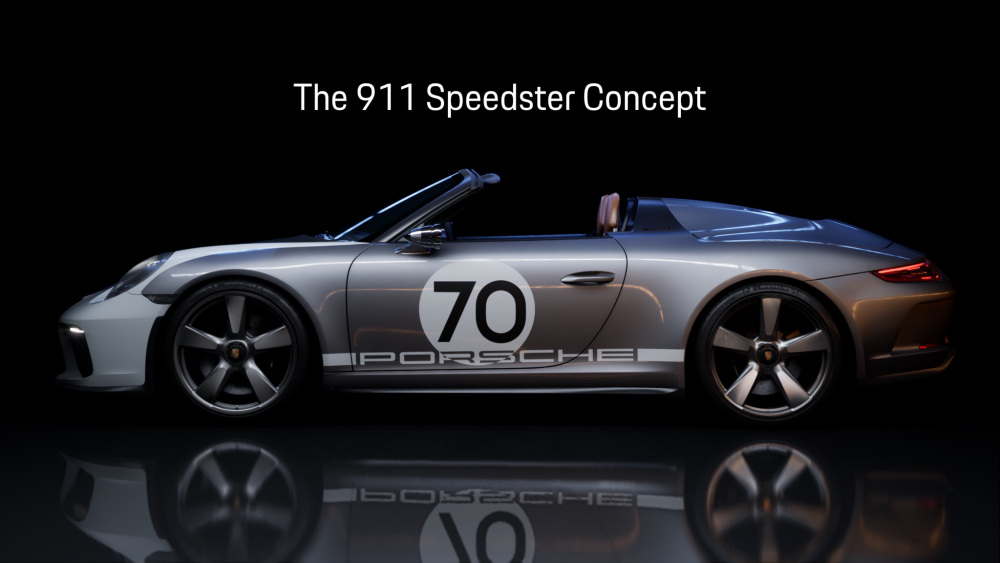 Porsche teamed up with Nvidia, and Epic Games for a highly realistic concept video called “The Speed of Light”. The video to showcase the Porsche Speedster was made with Unreal Engine 4.

The video is a brief teaser that runs for just 46 seconds and uses real-time ray tracing and NVIDIA RTX technology for highly realistic real-time computer graphics which simulate photorealism.

The tech demo uses Unreal Engine features which include reflections, ray-traced translucency, rectangular area light shadows and diffuse global illumination, and dynamic textured area lights. These features run on two NVIDIA Quadro RTX cards.
Francois Antoine, Epic Games’ director of HMI who served as the creative director and VFX supervisor on the project said that the Porsche 911 Speedster Concept thus became the first car to be visualized with interactive real-time ray tracing. He said that the company was working with Nvidia to expedite the adoption of real-time ray tracing across many industries.

The quality of the graphics is outstanding in view of the fact that no baking, lightmaps or precomputed lighting were used and the graphics were fully dynamic for both objects and light.

Antoine said that when designing cars, designers have to explore every option from every angle, and they should have the ability to review fully visualized renders in real time. This has totally transformed the way they ideate.

“With Turing architecture, Nvidia have shattered the photorealism barrier that current-generation rasterizing techniques have presented until now,” added Epic’s CTO, Kim Libreri. Libreri said that just like it did to the movie business ten years ago, ray tracing will revolutionize the realism of real-time applications, cinematic experiences, and high-end games. Artists and designers will use Unreal Engine technology to create, view and interact with content that will be as close to reality as possible.