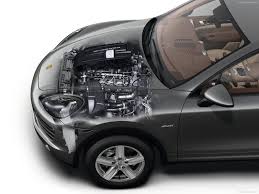 Porsche has stopped the production of diesel models on a global basis, according to a report that appeared in Autocar. The company has decided to stop production of all models with diesel engines after it faced an issue regarding emissions compliance for European markets for the Macan SUV. Instead on working on modifying the 3.0-liter turbodiesel V6 engine, the company decided to stop the production of the diesel variant altogether and instead focus on electrified models. The same engine that was used in the Porsche Macan was also used in the Porsche Panamera hatchback and Sport Turismo wagon.

The fact that Porsche had launched the Cayenne SUV without a diesel variant also indicates that Porsche would rather focus on plug-in hybrid variants in the future.

Porsche will still be making vehicles with internal combustion engines after the market launch of the Mission E, but they would be petrol powered cars. Porsche is investing heavily in EVs and mobility services with the upcoming Mission E slated to cement Porsche’s position in the world of performance electric cars.