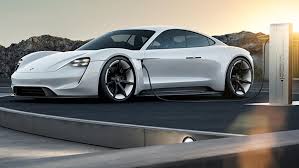 Klaus Zellmer, the CEO of Porsche Cars North America has announced plans to set up a network of at least 500 fast chargers across the United States by the end of 2019. The distribution of the chargers would be such that each of the brand’s 189 Porsche dealers in the country will have at least one charger and about 300 more chargers would be installed alongside major highways in the United States.

Porsche is aggressively pursuing electrification with its Mission E sedan and the Cross Turismo model and claims that a single charge will last for a distance of 300 miles. In the case of long distance trips, Porsche owners will have no cause for worry as the fast chargers have the capability to provide an 80 per cent charge in a short time of 20 minutes.

Porsche dealers are expected to install at least one fast charger on site at each location as well as have battery backup that will draw and store electricity from the grid. With the use of the buffer, each charger will have the capacity to charge three cars simultaneously.

Dealers can choose to either providing charging for free or for a fee though they will have to spend at least a six digit figure on installation of the chargers.

Porsche is also looking into the viability of setting up a network of destination chargers at golf clubs and hotels. Such chargers would however not be DC fast chargers.

Porsche has said that it would be launching the Porsche Mission E at the retail level by the end of 2019, while the Cross Turismo variant is slated to be launched in 2020.