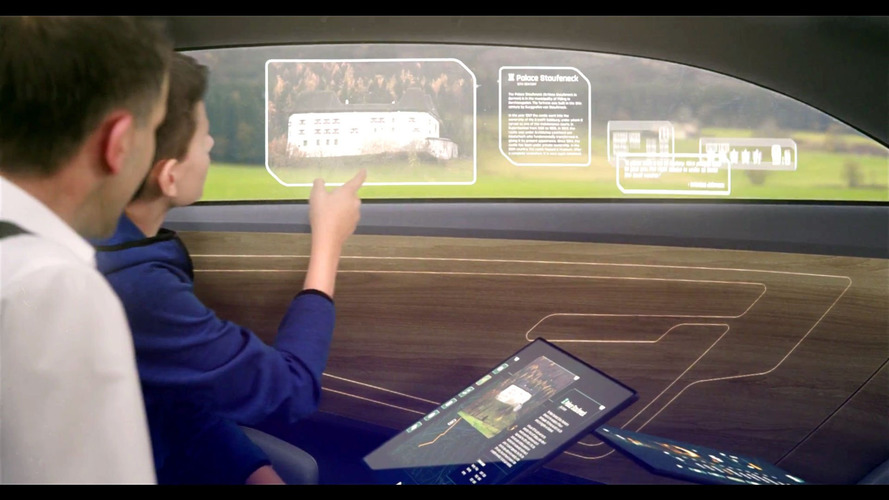 Panasonic used the CES Show in Las Vegas as the platform to showcase its vision of what it might be like to ride in an autonomous car of the future. The company’s Autonomous Cabin Concept is based on the idea that piloted driving would be the norm in just a few years and conceptualizes the cockpit as a place where individuals could spend time with friends and family.

The most distinctive feature of the Autonomous Cabin Concept is Panasonic’s Connected Interactive Tables. There are four large, 4K-resolution tablets for the four occupants and they can be easily moved around based on the needs of those in the cabin. All the four tablets can even be combined into a larger interactive screen to facilitate digital board games or a conference call.

The Connected Interactive Tables also have the ability to detect certain “smart” objects. When you set a glass on the table, information is automatically moved out of the way so that the sight of the screen is not blocked by the glass. Occupants can also use the magic ring on the table to change settings like adjusting the cabin temperature, controlling the audiovisual channels or to change the cabin’s ambient lighting.

Another notable feature of the Autonomous Cabin Concept is the use of augmented reality windows that can react to the environment. The displays work in tandem with the navigation system to identify landmarks outside the vehicle, and can also offer details about the external weather conditions.
The interior materials have the appearance of wood, but are actually made from Panasonic’s special plastic. When not in use, the material looks like trim plastic. When in use, it is backlit and supports touch controls, in order to display information.
When self-driving technology has advanced to the point that such cars are widely available, Panasonic will be ready to rise to the occasion with its Autonomous Cabin Concept. Much of the technology used in the Autonomous Cabin Concept is aleady in the advanced stages of development.