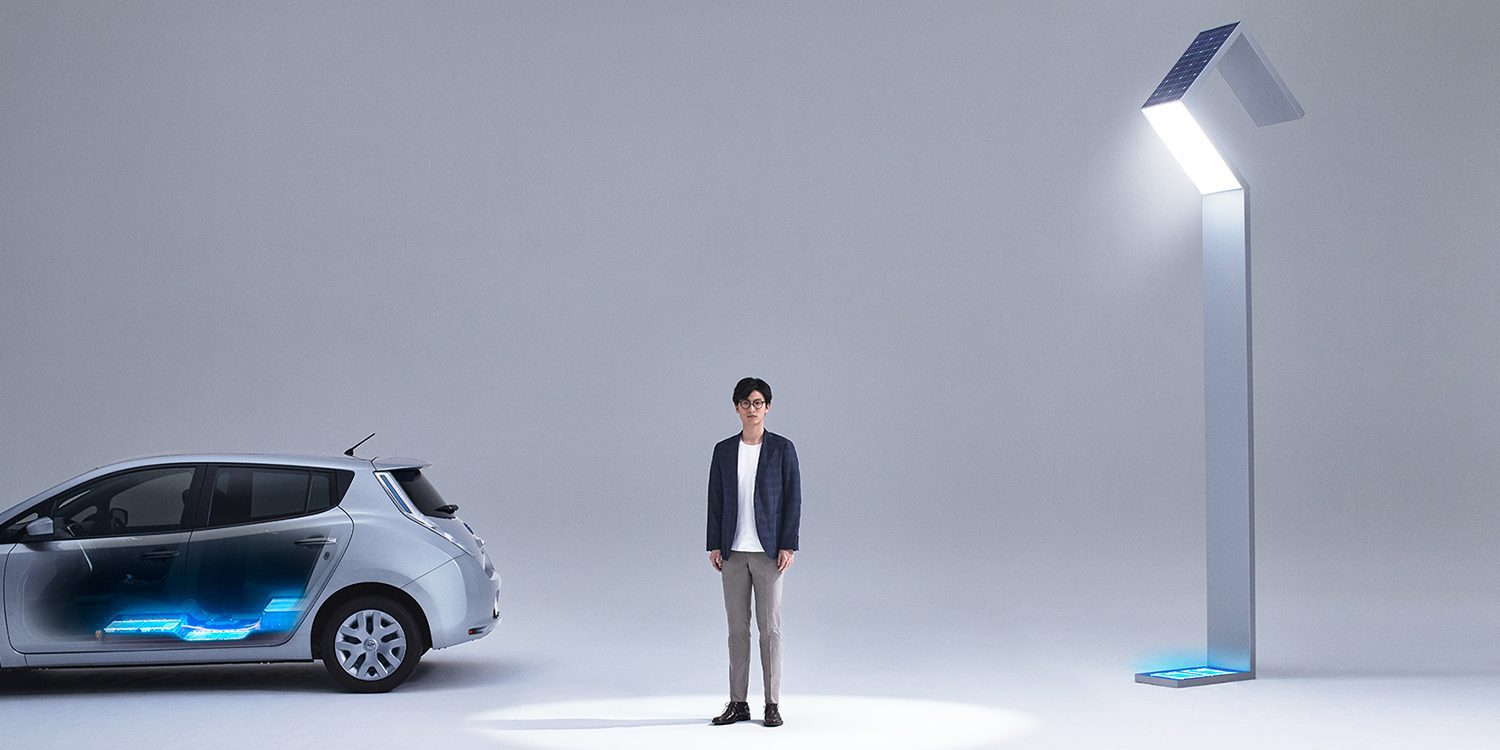 With electric vehicles becoming more and more popular, automotive manufacturers have to deal with the issue of disposal of spent batteries. China is likely to implement laws that will make automotive companies responsible for the recycling or disposal of used batteries. Nissan is one company that has come up with an innovative solution to this problem. The Japanese auto manufacturer worked with its affiliate, 4R Energy Corporation and town of Namie, Japan, to create standalone streetlights that use spent batteries from Nissan Leaf cars as a power source. Namie experienced a power outage after the earthquake and tsunami on March 11, 2011, and was looking for alternative streetlights which were not dependent on the main grid.

The streetlights Nissan designed integrate old Leaf battery cells in the base of the light and has solar modules on the top to charge the batteries during the day.

The project which is named “The Reborn Light” is not just a design project but is all set to be deployed on a large scale at some point in 2018.

Nissan will be testing a prototype on March 26 at the 4R battery reclamation factory in Namie.