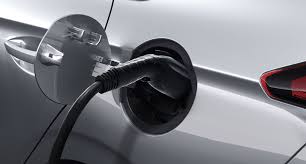 Hyundai’s head of Middle East and Africa has urged developers to keep the needs of owners of electric cars in mind when they make plans for residential buildings in the future.

Mike Song, who oversees Hyundai’s operations in the region also said there needs to be clear strategies for making arrangements in current residential units for retrofitting with overnight recharging points.
Hyundai is one of the car manufacturers which has plans for the launch of low- or zero-emissions cars in the region. On a global basis, it has a wide range of powertrains comprising fully electric, plug-in, hybrid, and hydrogen fuel cell options. Song added that fully electric vehicles, which use batteries for energy storage, are the best option when it comes to achieving the target of zero emissions, as long as people make it a point to keep them charged.

Song said that in the current scenario, the only people who can realistically switch from internal combustion powered vehicles to electric cars are those having a house or villa with an attached garage, as they would be the ones having the facility to charge a vehicle overnight. It would be a lot more difficult to charge your vehicle if you use street parking or basement parking.

Many cities across the world are trying out different models for kerbside recharging. Song put the onus on property developers and managers, and homeowners’ associations, for ensuring that residential carparks in the region can provide a charging socket for each car as well as a system for billing the cost.

This will also need the close involvement and monitoring of planning authorities, including governments and municipalities, so that recharging points can be incorporated into their planning regulations.
Song said, “We must ensure that, if you have allocated parking for an apartment, you can expect to recharge an electric car as part of that parking. Given time, consumer demand will ensure this happens, but the authorities can help drive the transition by including this expectation in building codes.”

Hyundai’s current production models include electric versions of the IONIQ – which is also available as a plug-in and a hybrid – and the KONA compact SUV. The company also offers a Sonata Hybrid, and was the first to offer a hydrogen fuel cell vehicle as a mass-produced model with the Tucson FCEV in production since 2013.
Within the Africa and Middle East region, the company is already offering versions of the IONIQ eco-car in several markets. It is also introducing the Sonata Hybrid, particularly for taxi use.