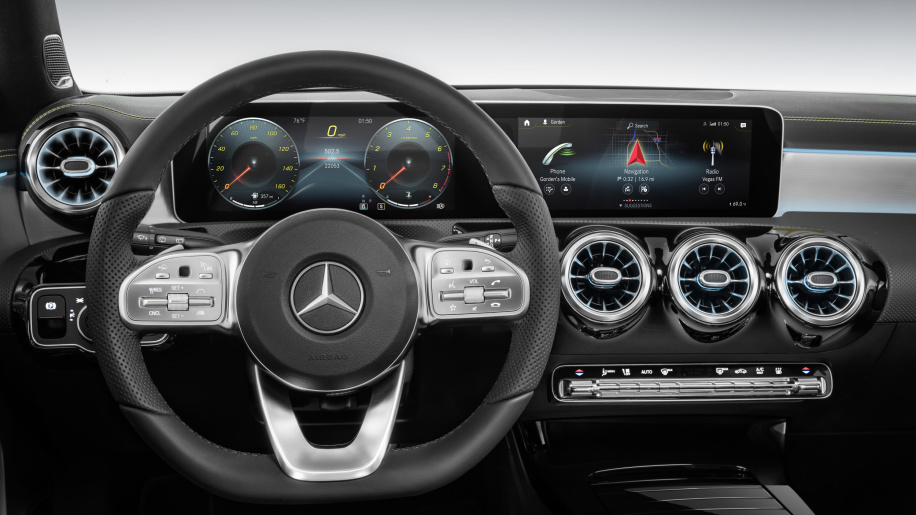 Daimler AG had revealed earlier this week that it is acquiring a 10 percent stake in the navigation startup what3words, a company that has managed the incredible feat of dividing the entire world into 57 trillion squares of 3 meters by 3 meters, each of which has a unique three-word address. It has a proprietary software that allows users to enter, either through text or voice command, a destination using only three words like “down.salad.hunter”. According to the company this is easier than using postcodes for non-technical people, who might be living in developing countries, rural areas or areas that are rapidly developing. It is also possibly to identify an area using its GPS coordinates so that navigating becomes easier without addresses. The company’s system is now available in 14 languages.

The MBUX system has other notable features like three-dimensional digital displays, voice control, a touchscreen that is easy to operate and over-the-air updates so that motorists can keep up with the latest updates. Users will have the option of viewing menus in two or three dimensions, and they can even change the settings using a graphic representation of the car to change settings in addition to offering text menus.

The voice recognition system can be activated by either a button on the steering wheel or by invoking the key phrase “Hey Mercedes”. It has been specially designed to cope with conversational speech patterns and even slang.. It also comes with AI so that the vehicle can learn from the user’s habits and use them to for making predictions regarding user preferences, for example, when it comes to music.

When it comes to navigation, augmented reality makes navigation directions easier to follow as the video images of the surroundings from a front camera are augmented with information like arrows or house numbers which are superimposed on the touchscreen to make it easier for drivers to reach their destination.