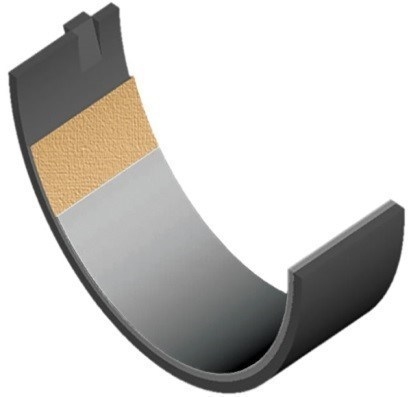 James George, head of product technology at Mahle Rugby, U.K said that polymer technology is already well established in the category of engines for light- and medium-duty vehicles. The new technology is needed for heavy-duty vehicles as well in light of the fact that there are changes in bearing operating conditions and market needs. Many motorists are switching to new low-viscosity oils in a bid to increase fuel economy. Mahle conducted research which proved that when compared to lead-free bearings having electroplated coatings, the company’s polymer-coated bearings had greater resistance to both wear and fatigue.

Tests carried out by customers of the new polymer-coated crankshaft main bearings and connecting rod bearings also proved that they performed significantly better than conventional electroplated leaded bearings.In addition to the performance aspect, Mahle ‘s polymeric coatings performed better on other fronts too. Removing the lead from the bearing increased their resistance to corrosion and allows for extended oil-drain intervals. From an environmental perspective, lead-free bearings are safer and easier to dispose of. Overall, industry testing indicates the new bearing system will offer significant owner-operator cost savings as well.

Mahle began production of its new bearing system this summer at the company’s factory in Atlantic, Iowa. The first heavy-duty diesel engines using the new polymeric lead-free bearings will be used on vehicles that will be launched in the second half of 2016. Two major engine manufacturers are currently conducting product development programs for additional applications.