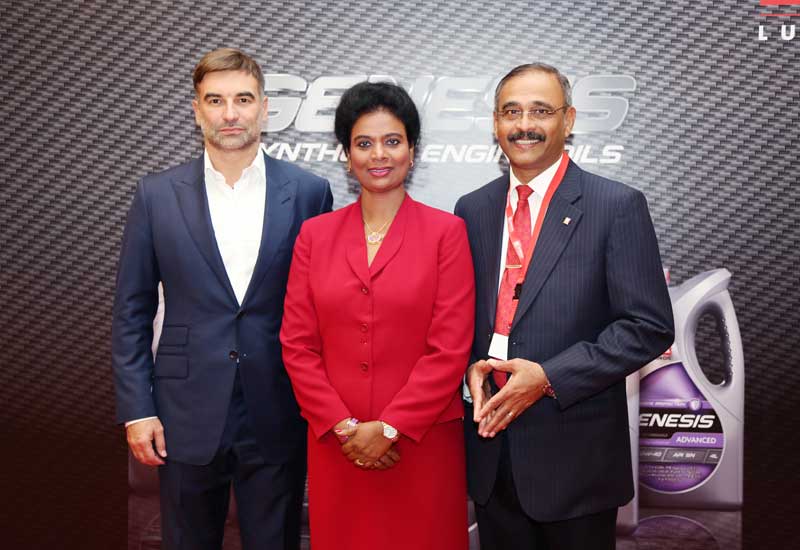 Lukoil’s range of Genesis synthetic automotive lubricants is approved by global automotive manufacturers. The company recently joined hands with Al Habtoor Motors to launch this range in the UAE.

Commenting on the launch of this range in the UAE, Victor Zhuravskiy, CEO, Lukoil Global Marine Lubricants, who oversees the company’s automotive lubricants in the region, said that in the 21st century the focus is on using advanced technology to achieve better fuel efficiency and reduced emissions. Hence, lubricant manufacturers ar einvesting heavily in R&D for new product developments.

He added, “Lukoil has already stayed ahead of the curve and developed an impressive range of synthetic products. We are pleased to launch our top-range GENESIS oils in this highly sophisticated and competitive market.”

The new Genesis range meets and exceeds the stringent quality and high performance norms that have been set by the global industry organizations like API and ACEA. Lukoil developed the Genesis range as the outcome of extensive research and testing and by employing innovative technologies, as the company is committed to producing and marketing premium products, delivering value to its customers and contributing to environmental protection through lower carbon emissions.

June Manoharan, Managing Director, Lukoil Marine Lubricants (LML) DMCC, said, “Our operations in the region has been very encouraging. Since we partnered with Al Habtoor Motors in 2015, we have already captured two percent of the market share in UAE. This success is also mirrored in other GCC markets – Qatar where we have seven percent market share, Bahrain and Oman with three percent of the market each, and Kuwait with two percent. With the introduction of this new range, we are now looking to double our market shares across the GCC in the next three years”.