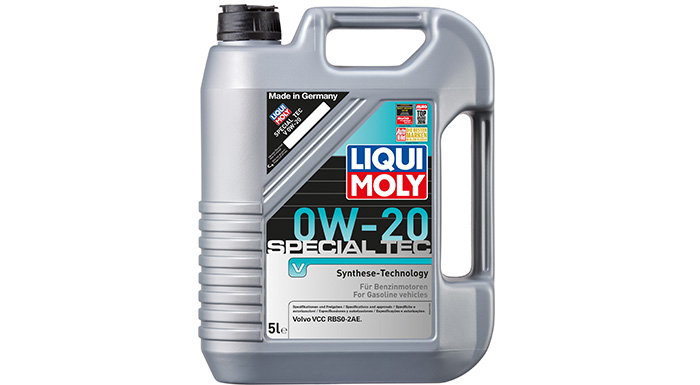 Premier oil, lubricant and additive specialist LIQUI MOLY is rolling out a new special oil on the market for the latest Volvo models. Featuring a viscosity of 0W-20, the Special Tec V 0W-20 fluid oil significantly reduces fuel consumption, as well as quickly and reliably lubricates all engine parts even when starting in the winter season, it is officially approved by the automaker.

Volvo’s official oil approvals in the car sector have not existed for quite long. The automaker has previously employed only industry standards such as ACEA and ceased to release its own, more extensive regulations for motor oil. However, it is now following the same strategy as BMW, Mercedes and Volkswagen have been following for several years—making extremely detailed provisions on which properties the motor oil must have.

Volvo’s provisions are fulfilled by the all-new Special Tec V 0W-20 by LIQUI MOLY. With VCC RBS0-2AE approval, it is highly suitable for the latest models that require oil with this approval. The new LIQUI MOLY oil has existed for years for older models, and it now carries the official Volvo approval VCC 95200377.

In LIQUI MOLY’s Special Tec series, oils that suit a special, specifically limited vehicle fleet are united. The following letters signify which brand the oil was developed for: Special Tec F for Ford, Special Tec V for Volvos, and Special Tec F Eco for the Eco Boost engines by Ford.