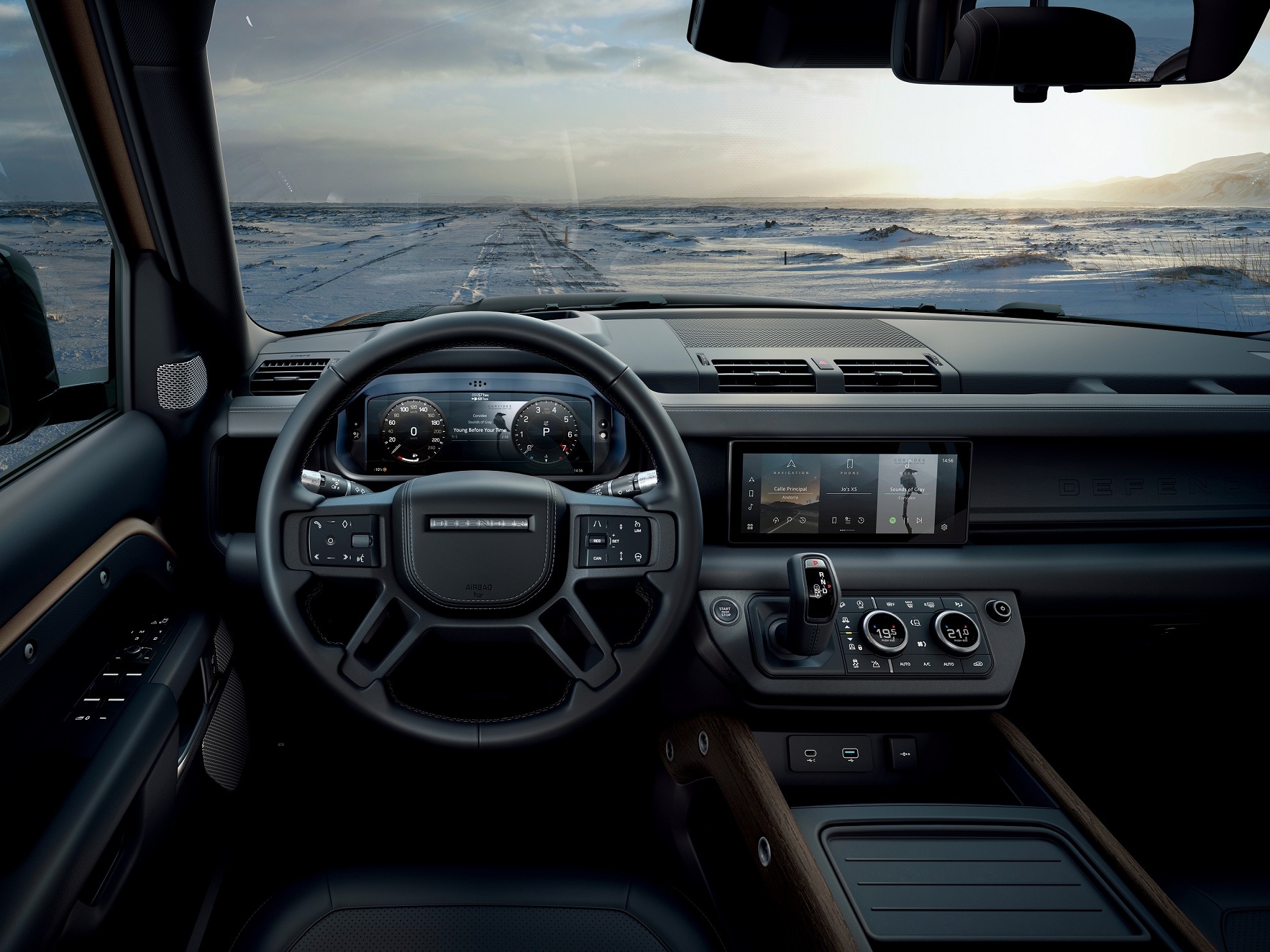 Land Rover showcased world-first dual-eSIM connectivity at CES 2020 in Las Vegas. The technology was highlighted in the new Defender which is billed as the first vehicle in the world to have two embedded LTE modems for enhanced connectivity. Meanwhile, Jaguar Land Rover’s new Pivi Pro touchscreen infotainment comes with a futuristic design and incorporates electronic hardware that is seen in the the latest smartphones.

The highly responsive Pivi Pro system makes it possible for customers to benefit from the optimal use of the New Defender’s Software-Over-The-Air (SOTA) technology, without in any way affecting its ability to connect to apps while on the move. The SOTA technology can run in the background thanks to its own designated LTE modem and eSIM, and hence its operations have no impact on the day-to-day connectivity that is provided by the separate modem and eSIM in the infotainment module.

The always-connected Pivi Pro set-up is the standout feature in the cabin of the new Defender and comes with a 10-inch high-resolution touchscreen that makes it possible for customers to control all aspects of the vehicle with processing hardware similar to that available in the latest smartphones. Customers can also connect two mobile devices simultaneously to the infotainment head unit using Bluetooth, and thus both the driver and passenger can enjoy hands-free functionality concurrently. This eliminates the need to swap connections.

Peter Virk, Director of Connected Car and Future Technology, Jaguar Land Rover, said: “With one LTE modem and eSIM dedicated to the Software-Over-The-Air (SOTA) technology and the same set-up looking after apps, the new Defender has the digital capacity to keep customers connected, updated and entertained at all times anywhere in the world. You could liken the design to a brain, with each half enjoying its own connection for unrivalled and uninterrupted service. Like the brain, one side of the system looks after logical functions, like SOTA, while the other takes care of more creative tasks.”

Pivi Pro comes with its very own battery, and hence is always on and can respond immediately on start-up. The navigation system is thus ready to accept new destinations without any delay from the time the driver is in his seat. Customers can also download updates, so that the system is running on the latest software – including navigation mapping data. There is no need for customers to visit retailers in order to install updates.

Land Rover has also confirmed the first New Defenders will feature more SOTA capability than originally projected. When Jaguar Land Rover launched the new Defender at the Frankfurt Motor Show launch in September 2019, Land Rover announced that 14 individual electronic control modules would be able to receive remote updates. However, the first production vehicles will feature 16 control units which have the capability to receive SOTA updates. Before the end of 20121, the Land Rover engineering team feels that Defender customers will no longer need in-dealer software updates. Additional SOTA modules will be available online, increasing from the current 16 to over 45 so that customers can take advantage of the latest technological advances.