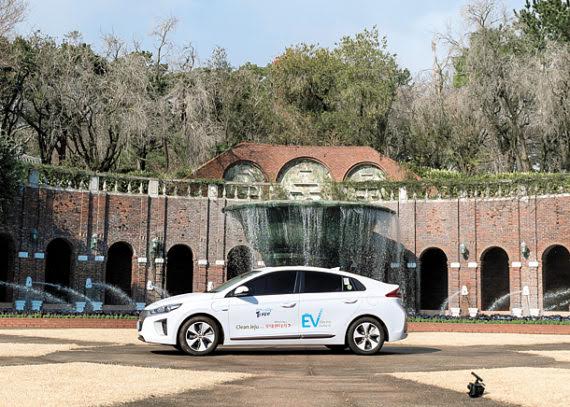 Kia to work with Hyundai on Fully Electric Car Chassis

While speaking to the media in the runup to an auto show in Korea, Lee Ki-sang, head of green car operations for Hyundai and Kia, said that the two companies are collaborating technically to developing a dedicated chassis meant specifically for electric cars. Currently, both Kia and Hyundai share a chassis for the Hyundai Ioniq and the Kia Niro. Both these models are available in three variants – a hybrid, plug-in hybrid, or battery electric configuration. Based on demand, both brands can thus adjust production levels of each variant.

However, when it comes to an all-electric car, it needs a chassis that has been developed specifically for that purpose. The batteries that are used in an all-electric model are quite heavy and hence they should be mounted as low as possible in the chassis so that they have minimal effect on the ride and handling of the car.
Tesla pioneered the concept of having a “skateboard” configuration in the Model S, and this model is now considered as a standard for the automotive industry.
According to Lee, Hyundai’s electric car platform will have enough space to accommodate the battery pack underneath the floor of its electric vehicles. This will allow more space for the cabin and allow the battery to have more capacity. Lee said. “The electric vehicle platform will require high up-front investments but we are doing this to prepare for the future.”

The subcompact and compact models from Kia and Hyundai are expected to have a range exceeding 186 miles and are likely to be positioned as “more competitive” than similar products in the market. Though its electric models may initially incur losses, Hyundai will lag in the market if it does not offer long-distance models. With SUVs being the most popular models in the market today, one of the first electric offerings from Hyundai and Kia will be an SUV.