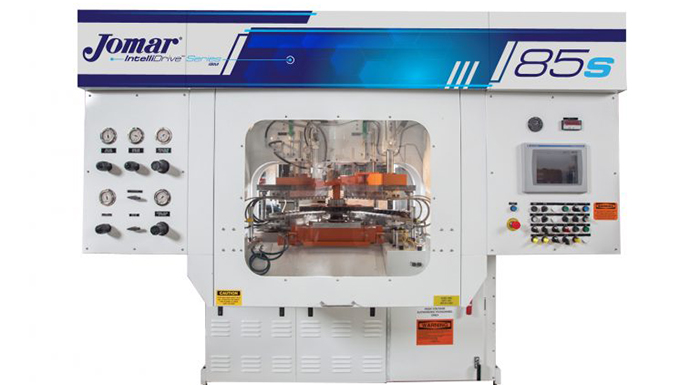 According to Jomar president Carlos Castro, the IntelliDrive Series is a desirable alternative for Jomar as they have attained energy savings comparable to all-electric machines while also maintaining their robust and versatile hydraulic system.

Apart from its reinforced main platen that reduces deflection possibility, the machine features a closed-loop clamping system which provides enhanced control over the clamp’s speed and position, as well as faster opening and closing speeds.

Castro noted that they are not only lowering their customers’ per-part cost with utility savings, but they are also offering a solution that has an extremely low cost of ownership. “This is consistent with our overall effort of delivering short- and long-term value to our customers.”

Other features of the IntelliDriveM series comprise a quick-change mounting system for its preform cylinder, a variable-frequency drive for a secondary motor, and a digital displacement transducer.

Jomar intends to showcase the cutting-edge IBM technology at the K 2016 exhibition which will take place from October 19 to 26 in Düsseldorf, Germany.