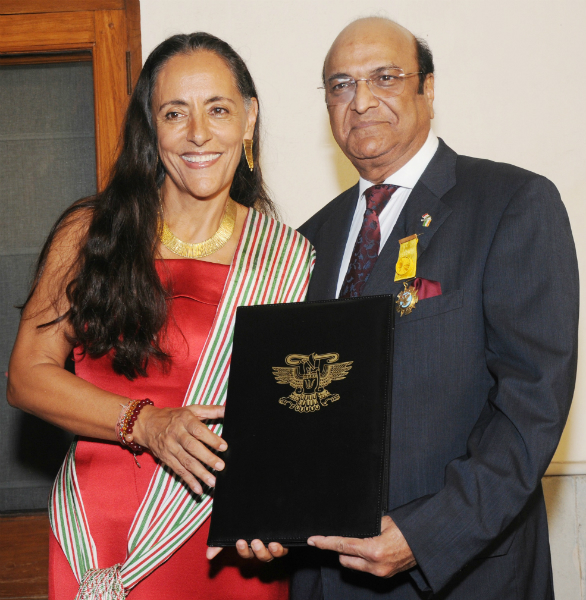 Dr. Raghupati Singhania, the Chairman and Managing Director of JK Tyre and Industries, a leading tire manufacturer in India recently received the highest honor that the Mexican government bestows on non-nationals. Dr. Singhania was chosen by the Government of Mexico to receive the ‘Mexican Order of the Aztec Eagle’ in recognition of his efforts to strengthen the bilateral ties between India and Mexico, his leadership skills and his services towards humanity. He received the award from Melba Pría, ambassador of Mexico to India on behalf of the president of Mexico on the eve of Mexico’s 128th National Day.

JK Tyre has a strong presence in Mexico. The company had acquired Tornel, which was the only tire manufacturer operating in Mexico, in 2008 and played a key role in helping the company to stage a turnaround. By 2009, Tornel had significantly improved its operational efficiency and increased market share across product segments. In the past decade, production capacity has been ramped up and Tornel has expanded its global footprint, especially in the North American and the Latin American tire markets.

Recently, with support from the Mexican government, JK Tornel right-sized its workforce by implementing the first-ever labour restructuring program in Mexico.

Commenting on the award, Dr. Singhania said he was highly honored with the recognition and added that he was highly privileged to have played a role in creating interest among Indian companies to invest in Mexico. He was appreciative of the manner in which the Mexican government was trying to boost business by welcoming foreign investment with open arms. He concluded that other countries ahould emulate the Mexican Government’s helpful attitude towards industry.