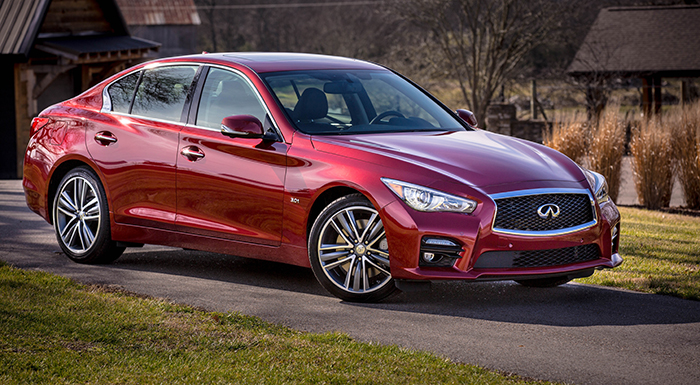 This year’s Chicago Auto Show is a grand showcase of the latest launches in the automotive world, three of which are the new engines for Infiniti’s Q50 sports sedan. These include 300-horsepower and 400-horsepower versions of the innovative 3.0-liter V6 twin turbo engines and a 2.0-liter 4-cylinder turbo engine.

According to Infiniti North, Infiniti USA, regional vice president, Tony Gardina, they are completely transforming the Infiniti model lineup this year with new models such as the Q60 and QX30 sports coupe, huge makeovers such as the QX60, and groundbreaking powerplants such as Q50’s three new turbocharged engines. He said that they couldn’t think of a better venue to display their full-scale product renaissance than the Chicago Auto Show, which gathers over a million visitors yearly.

The compact and lightweight 3.0-liter V6 twin-turbo engine is by far the most advanced V6 engine that Infiniti has ever offered, striking a balance between performance, efficiency and drivability.

The all-new VR-series engine will be initially offered in the Q50 Red Sport 400 starting in early spring, followed by the 300-horsepower Q50 3.0t in late spring.

Offered along with Daimler and assembled at Infiniti’s engine plant in Decherd, Tennessee, this engine comes available in the Q50 2.0t model in both all-wheel and rear-wheel drive and is anticipated to hit showroom floors this winter.

The engine will be joined by a fourth Q50 powertrain choice, the Q50 Hybrid with Infiniti’s proven 3.5-liter gasoline-electric hybrid system cranking out a net 360 horsepower.

Apart from the new Q50, other new Infiniti models anticipated to get consumer interest at the Chicago Auto Show include the redesigned QX60 luxury crossover, which adds to its already strong group of state-of-the-art safety technology with Forward Emergency Braking (FEB) with pedestrian detection – a first for Infiniti and the brand’s Predictive Forward Collision Warning (PFCW) system.

The all-new 2016 QX60 will hit Infiniti showrooms next month. Meanwhile, the QX30 line comes in three versions—QX30, QX30S and QX30 AWD—in the United States and Canada, and is slated to arrive in dealerships in mid-2016.