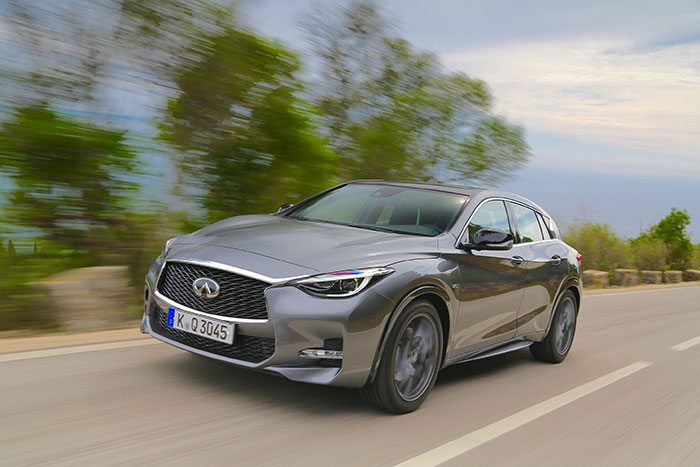 In a breakthrough development, Infiniti has developed the first engine with variable cylinder compression ratios. The company’s new 2.0-liter, 4-cylinder VC-T engine can automatically raise and lower the stroke of its pistons, thus alternating between 8:1 (permitting high turbo boost for maximum performance) and 14:1 (for maximum efficiency when cruising), depending on the road conditions. The engine will be officially unveiled at the Paris Motor Show.

When you need to get performance out of your vehicle, you need to put your foot down and the turbocharger goes into action, forcing air into the cylinder. Then, the air-fuel mix is more likely to pre-detonate and the high-performance turbo engines need to run lower compression ratios. This kind of performance is not needed, however, when you are driving at a steady speed on a highway, and fuel economy is more important then.

The new VC-T engine uses an actuator arm to change the angle of a multi-link that sits around the crankshaft , thus raising and lowering the top and bottom points of the piston stroke without affecting the cylinder head or the crankshaft. This leads to changes in the compression ratio.

With environmental norms tightening, auto manufacturers are increasingly focusing on ways to get more out of their gasoline engines, both when it comes to performance and efficiency and Infiniti is now one step ahead of the competition in this regard.