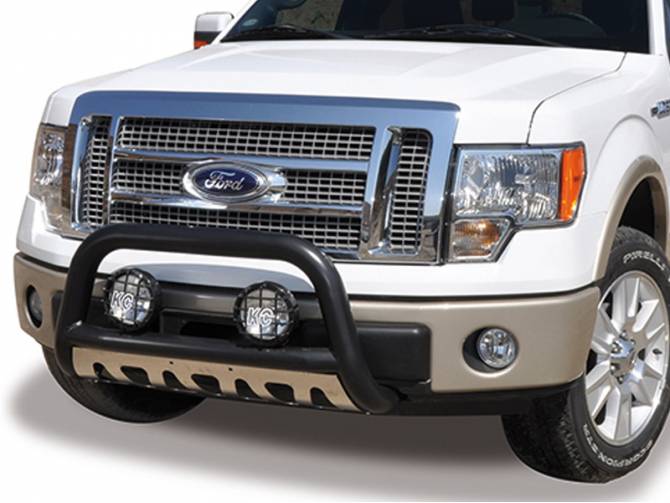 The Ministry of Highways and Road Transport (MORTH) in India has banned crash guards for cars and SUVs in a recent letter that has been sent to the transport commissioners of all states of the country. Known popularly as bullbars, crash guards are a macho accessory commonly seen on Indian roads.

The government notification warns that strict action will be taken against motorists who fit crash guards on motor vehicles under the Section 52 of the Motor Vehicles Act. They will also have to pay fines that will be imposed under Section 190 and 191 of the Motor Vehicles Act. Many car owners have the misconception that in addition to contributing to the appearance of their vehicle, using crash guards will help them to avoid heavy damage to their vehicles.

Generally, crash guard or bull bars are mounted directly to the frame or chassis of the vehicle and are available as aftermarket accessories. They do offer many disadvantages with regard to the safety aspect. Using bull-bars on vehicles having airbags can prevent the deployment of airbags in the event of an accident. This can cause the occupants of the vehicle to suffer. There could also be damage to the chassis when an accident occurs as the crash guards are mounted on the chassis.

The crumple zones of the car or SUVs give drivers and passengers in a vehicle greater protection in the case of frontal and rear collisions by absorbing the impact of the energy created by the collision and then the effect of the accident is more on the vehicle than on the passengers. Using bullbars can affect the crumple zones and the overall design of the car.

From the viewpoint of pedestrians, bull bars can cause them injury or even loss of life if an accident occurs.

It looks like the Indian government has made the right move by banning them.